Gay Times Honours 2018: Here’s everything you need to know 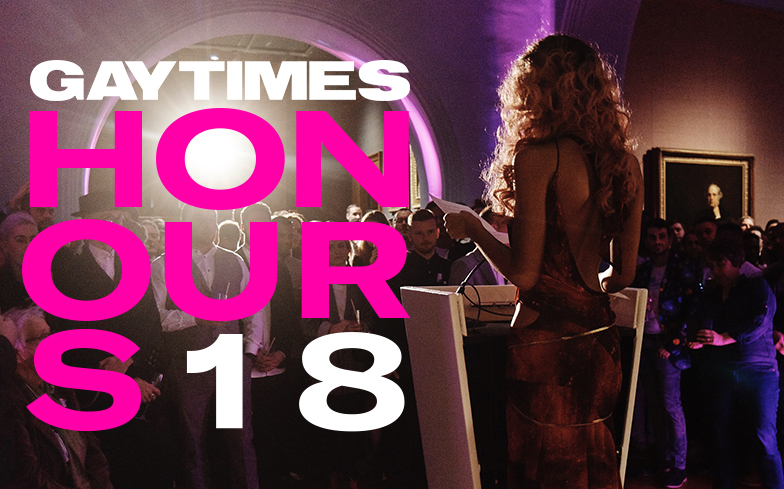 MNEK, Courtney Act, Harry Styles and Edward Enninful are among the nominees for this year’s Gay Times Honours.

The annual ceremony, which will recognise individuals and organisations that have had a profound impact on the lives of LGBTQ people, will take place on 8 November at the Walker Art Gallery in Liverpool.

Hosted by Mary Mac, famous faces and high profile figures from the LGBTQ community and beyond will descend on the city for the ceremony. It marks the first time Gay Times has held a flagship event of this scale in the UK outside of London.

MNEK has been nominated in the Music category following the release of his brilliant debut album Language, and faces competition from Troye Sivan and Kim Petras.

Courtney Act, meanwhile, has been nominated for the Gay Times Honour for Media, which will celebrate individuals or organisations who have championed diversity through the power of media and TV.

Elsewhere, LGBT History Month, Albert Kennedy Trust, UK Black Pride, Nicki Dawes, and Them have been nominated for the Community Champions Honour, while Gay Games, Pride Sports, and Lou Englefield are all in the running for the Gay Times Honour for Sport.

Voices outside of the community who advocate for LGBTQ equality are vital for amplifying queer perspectives and stories into the mainstream.

With that in mind, Harry Styles, Brockhampton, Cupcakke, The 1975 frontman Matty Healy, and Lady Gaga have all been nominated for the Gay Times Honour for LGBTQ Advocate for using their platforms in the past 12 months to champion LGBTQ people.

Thirteen honourees will be celebrated on the night with each one immortalised in a unique portrait by Ed Firth, which will go on display for 14 days at the Walker Art Gallery after the ceremony. Michael Causer – the openly gay Liverpool teenager who died following a brutal homophobic attack in 2008 – will also remembered at the Gay Times Honours.

The Michael Causer Foundation – which was set up by his family to eradicate LGBTQ hate crime across the country – will receive the Gay Times Honour for Special Recognition.

The decision to bring the Gay Times Honours to Liverpool was announced by Gay Times owner James Frost and Liverpool Mayor Joe Anderson back in August.

Gay Times owner James Frost said: “Liverpool is a wonderfully vibrant, thriving and culturally diverse city so it is a natural destination for Gay Times Honours.

“These awards are all about shining a light on people in the public eye, and those from everyday life, who have done remarkable things to advance the rights of the LGBTQ community and we’re very excited to be doing this in Liverpool.

“There will be a number of high-profile celebrity names but we will also be paying tribute to local heroes. Everyone is going to be talking about Gay Times Honours when it takes place on 8 November.”

Liverpool Mayor Joe Anderson added: “Our city continues to attract major events but this is particularly special because it brings together inspirational people who have and continue to use their platform to promote and enhance LGBTQ equality all over the world.

“The spotlight will be firmly on the city on 8 November and so we’ll be working with Gay Times to make sure the occasion is a massive success. I’m incredibly proud that Gay Times has chosen us.”

The full list of nominations for the Gay Times Honours 2018 are as follows: