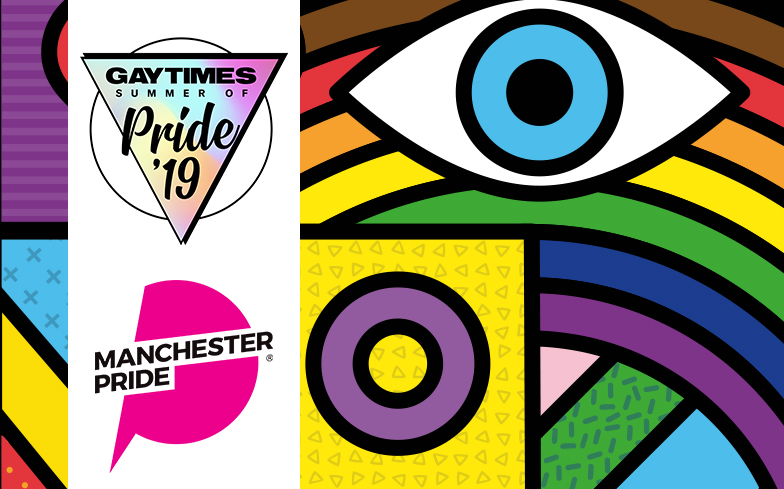 The Summer of Pride is firmly underway and today we have a very exciting announcement as part of our celebrations this year.

GAY TIMES will team up with Manchester Pride this summer in what will be a new way of thinking about media at Pride, giving you access to the emotion, stories and people who will be parading, protesting, and partying across the weekend.

We will be situated in our own specially-created media centre to bring you all the best interviews, social moments, and imagery from one of the biggest LGBTQ events of the summer.

At GAY TIMES, we believe media should amplify all queer voices, so we’re excited to get into the parts of the community that makes Manchester so great, and show that to the world.

As well as giving you coverage of Manchester Pride Festival from across the Bank Holiday weekend, we will also be hosting a unique party as part of the celebrations for the first time ever.

We are looking forward to sharing more details about that in due course, but trust us when we say it’s certainly one that will stop you in your tracks.

What’s more, ahead of the publication of our 500th issue later this year and as Europe’s longest-running LGBTQ publication, the journey of the Gay Times Magazine cover will be mapped out as part of an outdoor display at Manchester Pride Live.

Whether serving as a nostalgia trip for members of the community who remember buying their first issue, or a moment for younger readers to discover what LGBTQ media’s purpose was 30 years ago, the Gay Times Magazine cover is a legacy that continues to serve the community and its allies.

The theme for this year’s Manchester Pride Parade will be Deep Space Pride: A Future World of Equality.

The LGBTQ charity invites the city to look forward and envisage what the world could look like in the distant future.

The parade will take place on Saturday 24 August, and will go through the centre of Manchester.

Last year’s parade was bigger than ever before, seeing more than 10,000 participants walk the streets and dance on colourful floats. They were cheered on by thousands of people watching and waving Pride flags from the sidelines.

Mark Fletcher, chief executive for Manchester Pride, said: “As we acknowledge the 50th anniversary of the Stonewall riots, an event which kick started the modern LGBT+ pride movement, we are taking a clear moment to stop, reflect on the changes in society, acknowledge the progress that has been charted and consider the future of LGBT+ equality. What will this look like?

“At Manchester Pride, our vision is a world in which LGBT+ people are free to live and love without prejudice. We’re inviting people to fast forward 50, 100 or even 200 years and envisage what the world could be like at this time, as we march for LGBT+ equality.”

Manchester Pride Live will take place at a new site in Mayfield over two days (Saturday 24 and Sunday 25 August), with Ariana Grande and Years & Years to headline a day each.

Kim Petras, Bananarama, Lady Leshurr and Faithless are among some of the other music acts scheduled to perform for the huge ticketed festival.

Manchester Pride is an LGBTQ charity that campaigns for the community throughout the year, celebrating LGBTQ life and creating opportunities for LGBTQ people.

They do this by offering financial support for LGBTQ events, projects and initiatives in and around Greater Manchester in the form of grant funding.

Manchester Pride Festival will take place across the weekend 23-26 August.