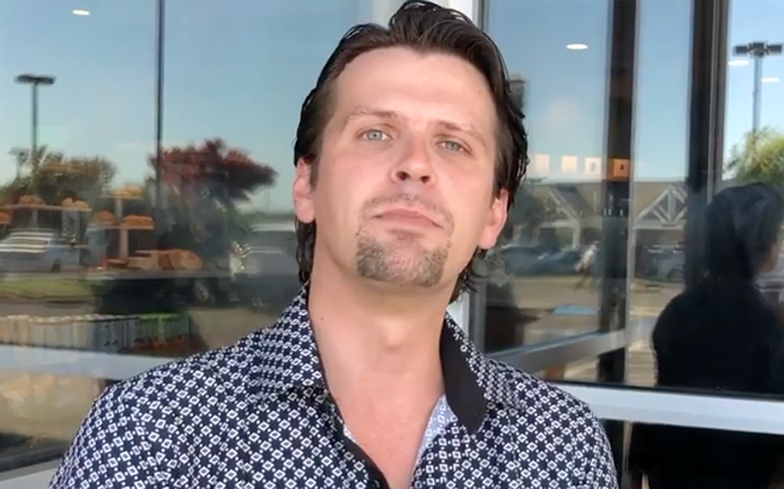 An organiser of a ‘Straight Pride’ event has been called out by her gay son.

After news emerged that a controversial ‘Straight Pride’ parade was being planned in Boston, Massachusetts for 31 August this year, people around the United States have felt ’empowered’ to celebrate the rights of “oppressed” straight people.

Mylinda Mason is one of those people. She’s co-organising a Straight Pride rally in Modesto, California that’s set to take place on 24 August – but it’s now emerged that she’s facing opposition from her own son.

28-year-old Matthew Mason, who says he has been estranged from his mother for several years after his family rejected him for being gay, told Modesto Bee that he’s worried the event will encourage “hate speech” against the LGBTQ community.

“We don’t want hate in Modesto,” he said.

“They believe Western Civilization should be straight, white and Christian with a very specific gender binary. They believe this should be a culture war. It’s rhetoric I’ve heard my whole life.

“You can celebrate Western Civilization without saying, ‘West is best’.”

Matthew is organising a pro-LGBTQ candlelit vigil to oppose the ‘Straight Pride’ event, and will ask Modesto officials at a City Council meeting not to let organisers use Graceada Park for the rally.

“I am all for free speech, I am not for free speech when it incites violence,” he continued, describing the event as “white supremacy masquerading as straight pride” and reaffirming his plans to oppose it.

Despite his concerns that the event could become violent, ‘Straight Pride’ organisers say it will be peaceful.

“[The] intolerance does not come from our side,” said Mylinda.

“It’s obvious we have two opposing views. It’s the other side that wants the opposing view shut down. It’s not our side.”

Mylinda also claimed that she loves her son and the estrangement is his choice, not hers. “I would say it’s heartbreaking,” she added. “Any parent feels this way.”