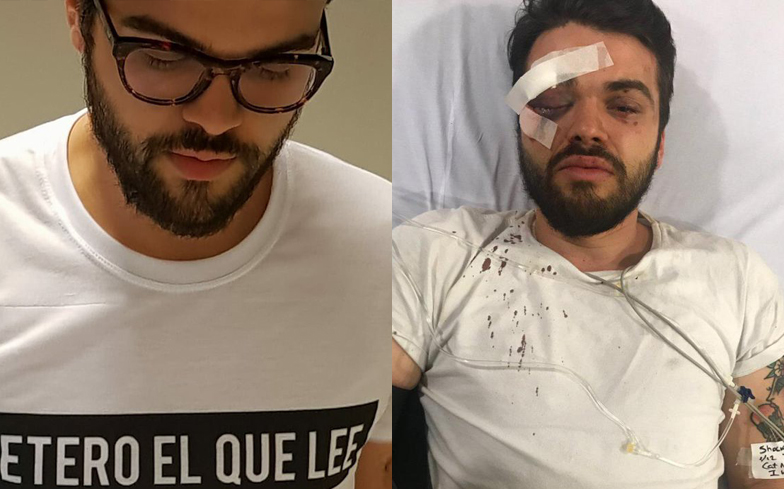 The sportsman – who plays for Ciervos Pampas Rugby Club – was out to buy breakfast in Buenos Aires when he was ambushed by seven men and brutally beaten up.

Castellari was with a friend when the group of men started hurling homophobic abuse his way.

The player posted pictures online after the attack, which show him badly beaten with a swollen eye and blood on his face.

“Today at 6am, a group attacked my friend to within an inch of his life, shouting ‘Faggot” and ‘Fucking faggot’,” friend Agustina Vivero posted on social media.

“It came just days after we were celebrating Gay Pride.

“He doesn’t know how many stitches he will need and they need to operate after a fracture in some part of his eye. Everything hurts.”

Vivero added: “Discrimination at work, bullying at school, going out on the street in fear of being beaten, just for loving someone of the same sex.”

The Argentina LGBT Federation also condemned the attack and vowed to bring the offenders to justice.

“From the Argentina LGBT Federation we are already accompanying them during this terrible moment and doing everything in our power to ensure that the justice system responds quickly and finds those responsible,” a statement read.