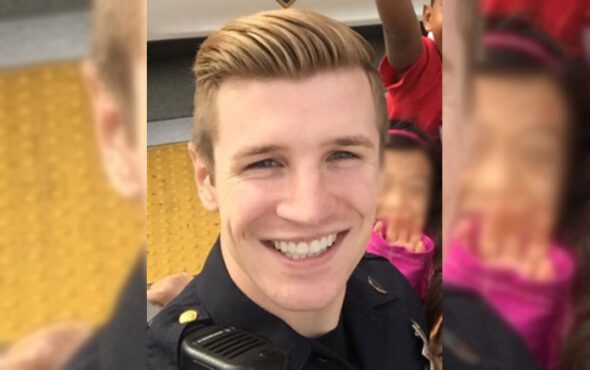 A gay police officer in San Francisco will receive a $225,000 settlement after alleging harassment and discrimination in the workplace.

Officer Brendan Mannix was awarded the amount by the San Francisco Board of Supervisors at its 8 February meeting.

It marked the second and final vote on the settlement after Officer Mannix first filed his lawsuit in 2018.

He alleged that he was subjected to repeated harassment by Sergeants Patrick Tobin and Lawrence McDevitt at Central Station, Mission Local reported.

According to the suit, which was filed in the San Francisco Superior Court, Officer Mannix said he was called “such a queen” and told he was “too dramatic” by the colleagues.

Things such as “ugh, you gays” or “God, you gays” were reportedly said to the policeman when he was determined to have done something considered stereotypically gay.

The original lawsuit said Officer Mannix’s ordeal “was so severe, widespread, and/or persistent that a reasonable gay man in Plaintiff´s circumstances would have considered the work environment to be hostile or abusive.”

After complaining about his experiences to the city’s Department of Human Resources and its Equal Employment Opportunity Division, Officer Mannix apparently suffered retaliation in the form of being given “the worst assignments”.

His lawsuit alleged that Sergeant Maria Ciriaco’s report on the matter failed to include a lot of what had been complained about and accused her of being the one allocating him the less desirable tasks.

Despite a settlement being reached, the city did not admit the San Francisco Police Department (SFPD) had done anything wrong.

“Given the inherent costs of continued litigation, we believe the proposed settlement is an appropriate resolution,” Jen Kwart, communications director for the San Francisco City Attorney’s office, told the aforementioned outlet. “There is no admission of liability on the part of SFPD or the city.”

According to The Bay Area Reporter, Officers McDevitt and Ciriaco both still work for the SFPD and it remains unclear if anyone involved ever faced disciplinary action.

Officer Mannix still works at the station and Tobin has reportedly retired.