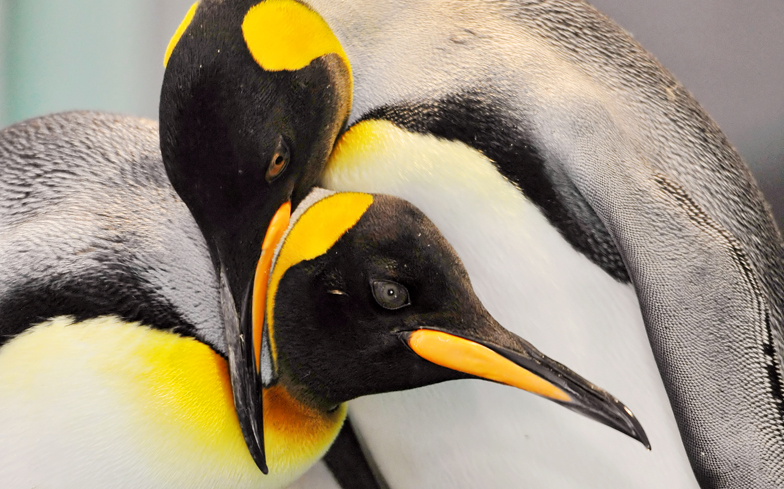 What sounds like a soap storyline has been going down at a Danish zoo.

A gay penguin couple at the Odense Zoo in Denmark have stolen a chick from a straight penguin couple, after it looked like the chick had been abandoned by its parents.

It’s thought that the mother of the chick went off to bathe herself, and although the father was supposed to look after it, he wandered off.

Speaking to the Danish publication, DR, zookeeper Sandie Hedegård Munck said that she noticed something was “wrong” when she came into the enclosure.

“The only parent couple was gone and the kid had simply been kidnapped. There were a couple of homosexual males who had snatched the kid and stood with it,” she explained.

She then said that she expected the penguin couple to come and fight for their chick, but the father didn’t search for it, and although the mother did, Munck said that it seemed “half-hearted.”

Munck said this seemed out of character, saying: “I know that the female is very caring for the kid, and she is also very aggressive to us animal lovers if we get too close to the kid.

“The male is a bit more relaxed and might find it hard to search too much.”

Eventually, the zookeepers had to intervene and take the chick away from the gay couple, despite them fighting to keep the chick. However, despite the loss of this child, zookeepers did give the gay penguin couple an unhatched egg that had been abandoned, so they will get to be parents after all.

This isn’t the only example of a gay penguin couple, as in 2016 a pair of male penguins were moved from a Berlin zoo after they refused to mate with the female penguins, and only with each other.

The most prominent gay penguin couple were Roy and Silo in 1998. They were observed to be attempting to hatch a rock as if it was an egg. The mating pair were given an egg to hatch, and they raised a female chick, Tango. Their story inspired the children’s book And Tango Makes Three.