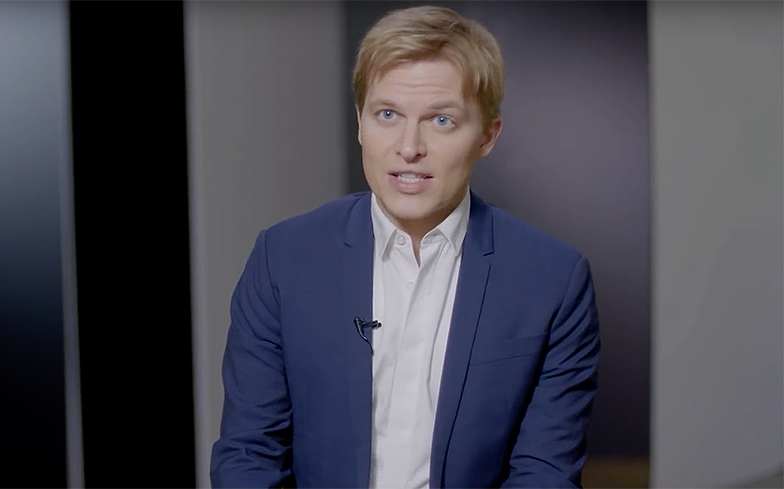 2018 was a fantastic year for LGBTQ representation at the Pulitzer Prize ceremony.

The novel, which follows a failed 50-year-old novelist who travels the world, received raved reviews from critics upon release, and was featured on several ‘Best Of’ lists for 2017.

Pulitzer’s committee, described Less as a “generous book, musical in its prose and expansive in its structure and range, about growing older and the essential nature of love.”

Frank Bidart – another gay author – received the poetry prize for his work on Half-light: Collected Poems 1965-2016, which the Pulitzer website called “a volume of unyielding ambition and remarkable scope that mixes long dramatic poems with short elliptical lyrics, building on classical mythology and reinventing forms of desires that defy societal norms.” “For explosive, impactful journalism that exposed powerful and wealthy sexual predators, including allegations against one of Hollywood’s most influential producers bringing them to account for long-suppressed allegations of coercion, brutality and victim silencing, thus spurring a worldwide reckoning about sexual abuse of women,” said the Pulitzer committee.

Last week, Farrow came out as part of the LGBTQ community as he accepted an award from The Point Foundation, the nation’s largest scholarship-granting organisation for LGBTQ students.

“Each and every LGBT person who has to go through a process of accepting themselves and turning rejection and isolation into strength is richer and more creative and more determined for that journey,” he said in his speech.

“Being a part of the LGBT community … which recognised that reporting I was doing early on and elevated it, and has been such a stalwart source of support through the sexual assault reporting I did involving survivors who felt equally invisible … that has been an incredible source of strength for me.

“LGBT people are some of the bravest and most potent change agents and leaders I have encountered, and the most forceful defenders of the vulnerable and voiceless, because they know what it’s like to be there.”