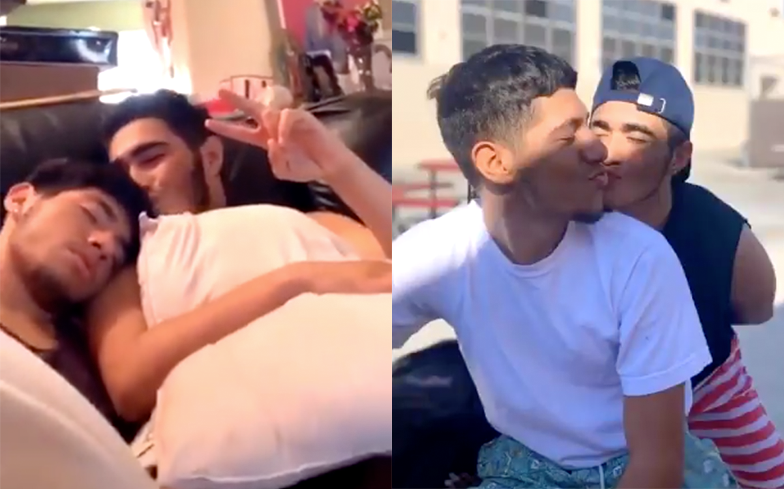 A video of a relationship between a gay man and his straight best friend has gone viral on social media.

Last week, popular TikTok user Adrian Alvarez introduced the world to his best friend Hector in a one-minute clip that is interspersed with a series of adorable pictures of the pair, while the theme song of Disney film Up plays in the background.

“A lot of people including our closest friends thought we were dating,” he writes in the video. “But he’s straight and I’m gay. He’s my straight best boy-friend I want to show how much I appreciate him. For his fluid boldness to not giving a F*CK.”

Adrian says Hector isn’t “scared to show that straight guys can be as if not even more fem then gays” and has broken every “straight stereotype”. He then reveals that Hector has struggled with dating because girls assumed they were a couple.

“He was harassed and questioned about his sexuality all the time,” he added. “But he didn’t care, he was on a quest to make sure that gays felt safe and in comfort with their own skin. Hector, u mean so much to me I love you bro.”

The TikTok video has now been viewed 475,000 times on the platform, with a further 130,000 likes on Twitter. Thousands of Twitter users declared it “beautiful” and it prompted other gay men to share their straight best friends with the world.

Check out the best responses below.