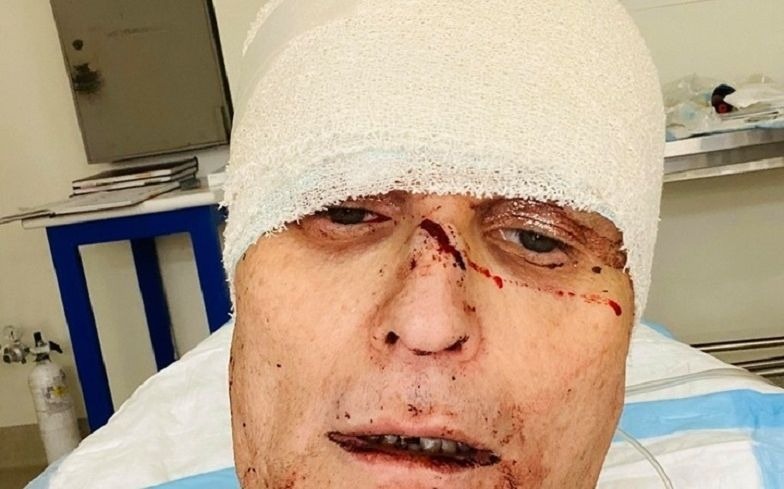 His attackers threatened to make him into a “real girl.”

A gay man, Joseph Stanislav, was attacked with a meat cleaver in a horrific homophobic attack before Mardi Gras celebrations. He was attacked in his home, in Bellevue Hills, an affluent party of Sydney, by two men.

The men, Jay Ehlrich, 18, and Thomas Bowen-Hughes, 21, have since been arrested for the attack. The two men have been denied bail.

Explaining what happened to the Star Observer, Joseph said: “I felt the cold blade go straight into my forehead, my nose and my eyes.

The attackers believed that Joseph had more money because of the neighbourhood where he lived. However, the attack got worse after one the assailants spotted make-up in Joseph’s bag.

“He [one of the perpetrators] told me to show him my bank statement. I had to reach for my phone to get the statement up, but when I reached for it the guy with the meat-cleaver jumped and smashed me in the face.

“I had to keep my composure, otherwise these guys were going to kill me. Then one of them held up the knife and said ‘just do as you’re told or we’re going to cut your cock off. We’ll make you into a real girl.'”

A friend of Joseph has set up a GoFundMe page, where Joseph said: “I am so frightened to go home.

“I am totally broken on the outside and inside especially my heart. I wouldn’t wish this on my worst enemy what I had to go through.”