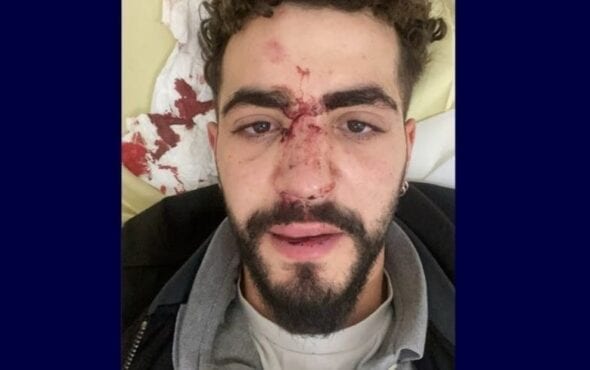 The driver attacked the victim after he stood up for himself.

Mohamed, a 27-year-old gay dancer living in Paris, was beaten by a homophobic Uber driver after he stood up for himself. The attack happened at around 2 am on Sunday (13 September).

Speaking to French LGBTQ+ outlet Têtu, Mohamed explained that he and a friend were returning from a party, and discussing a boy that he had been flirting with.

However, this conversation infuriated the driver, who “began to throw homophobic insults, that he did not want a ‘queer’ in his car.”

After they left the car, Mohamed tried flagging down another one for help while his friend attempted to reason with the driver.

Having enough of the homophobia being spouted at him, Mohamed confronted him, explaining: “I couldn’t take it anymore. I told him that I am gay, that I am proud of it and that in 2020, we cannot have the comments he had.”

When firefighters arrived on the scene, Mohamed was having a panic attack. At the hospital, he received five stitches to the face, was informed that he had suffered head trauma and was prescribed ten days off of work.

He now feels nervous whenever he is left alone, and added: “I am very shocked. After my complaint I was walking down the street and while I was not on the crosswalk, a person on a scooter called me a queer, I felt really bad.”

In a statement, Uber France has said it’s “profoundly” regretful about the attack, and that is cooperating with law enforcement in order to find the driver responsible. “When there’s a complaint and a criminal investigation, we systematically suspend the driver,” they said.

Related: Two men kicked and punched by gang in homophobic attack in Oxford