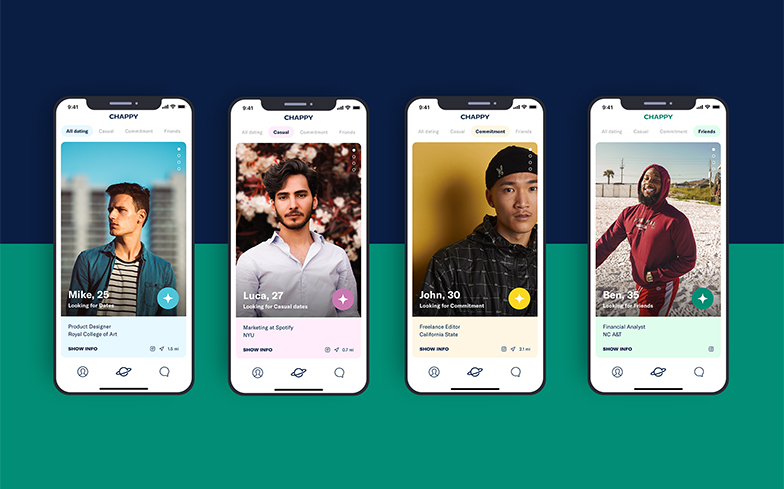 Chappy has announced that it will soon be closing down.

The popular gay dating app launched in 2017 with the goal of providing genuine and honest connections between queer men, offering users the option of finding Mr Right or Mr Right Now – and more recently, platonic friendships.

But users were left disappointed when they were informed that the app will be closing down for good on 28 February, with no new people appearing from 24 February. It will be merging with parent dating app Bumble, which caters to all sexualities.

“It’s been an incredible three years and we couldn’t be more grateful for the hundreds of thousands of you that have joined us on our mission to create a space for gay connection,” a statement on Chappy’s website reads.

“While it’s the end of the road for Chappy, all is not lost! We’re joining Bumble because we have the opportunity to take what we’ve built together here to the next level by creating a space for healthy and safe connections across the LGBTQ+ spectrum.

“Bumble is committed to fighting all kinds of inequality, and we’re excited to land our spaceship safely in the Bumble Hive.”

Any connections made will disappear once the app closes down, and they won’t be transferred over to Bumble if you choose to make the jump, so Chappy is urging users to “exchange numbers” with any potential dates.

The website states that user information will no longer be accessible to the public once the app closes down.