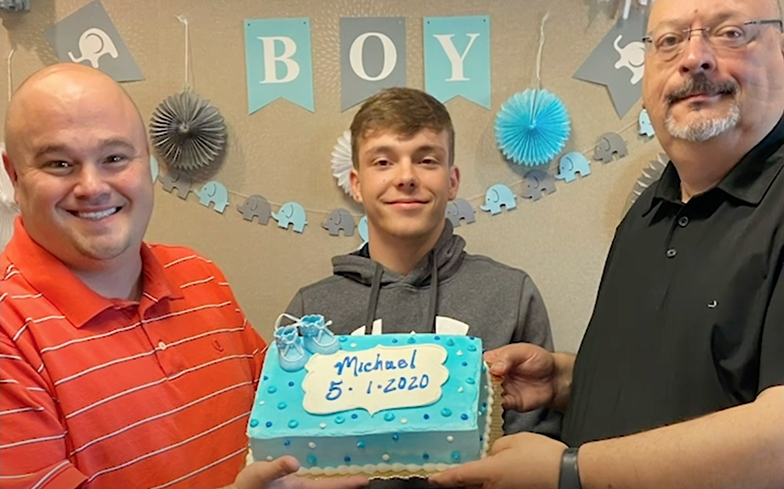 A same-sex Tennessee couple have adopted a teenager over Zoom.

Chad and Paul Beanblossom of Pigeon Forge, Tennessee adopted their son Michael over a Zoom call with a total of 80 people including family, friends and adoption specialists tuning in to witness the adoption being formalised.

The heartwarming moment took place via a group video call because the coronavirus pandemic has brought court proceedings to a halt.

“The judge mentioned it was the largest Zoom adoption she had done to date,” Chad told Good Morning America on Tuesday (18 May).

Michael was fostered by Chad and Paul in 2019. Prior to this, he’d spent five years in foster care after his mother passed away, and had lived in nine different homes before joining his new family.

“He just kind of came in and took over our hearts,” explained Chad. “He’s taught us just as much, if not more, than we have him. Our whole world revolves around Michael.”

Chad and Paul have been married for five years and had fostered a few children before meeting Michael, who formally requested that they become his official parents.

“We wanted the same thing that he did,” Chad said. “It’s really hard to imagine our life without him.”

Allyson Sayne, family services worker at the Tennessee Department of Children Services, said she is “so happy” for the family and is “excited to see what the future holds” for them.

“Paul and Chad Beanblossom have been great at advocating for Michael and giving him opportunities that he may have not gotten otherwise,” she explained.