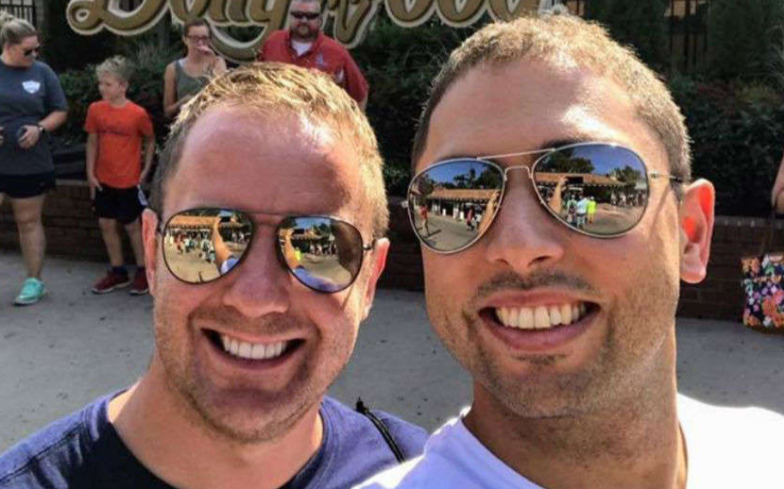 The couple are claiming the State Department is “unlawfully discriminating” against their daughter.

A gay couple, James Derek Mize and Jonathan Daniel Gregg are suing the US State Department, after it rejected their daughter’s application for citizenship.

Due to Simone being the child of an American couple, the State Department should’ve automatically given her citizenship, but instead they treated the case as if Simone had been born out of wedlock.

Due to this, they rejected the application due to Gregg not having lived in the US for more than the required five years. Lawyers argue that as the couple are married, the legal requirement for Gregg to have lived in the US is only one day.

In official documents, the couple say: “The State Department’s policy of treating children born to married same-sex couples and one of their legal parents as strangers is wrong and hurts families. It is also unlawful.

“The State Department’s unjust policy and practices should be enjoined because they violate the Immigration and Nationalization Act (INA), unconstitutionally disregard the dignity and equality of the marriages of same-sex couples, and unlawfully discriminate against children simply because their parents are a same-sex couple.”

Speaking to the New York Times, Aaron Morris, the executive director of Immigration Equality, said: “Marriage is so fundamental to how you define a family. To disenfranchise a little girl of citizenship because she has two dads is invidious discrimination that has been struck down time and time again.”

Karen Loewy, a lawyer with Lambda Legal, added: “What the State Department is doing is applying a provision of the law that only comes into play if you are considering them a nonmarital couple.”

Mize and Gregg want the State Department to issue their daughter a passport immediately and to see a change in the Constitution so other same-sex couples don’t face the same problems that they have.