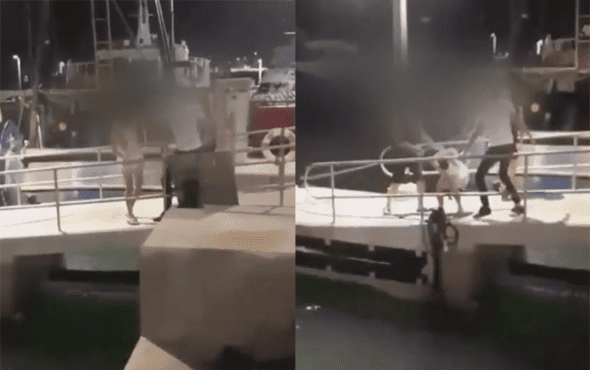 A 16-year-old from the Israeli city Lod has been arrested in the ongoing investigation of aggravated assault and committing a hate crime, after a gay couple were brutally attacked on Jaffa Port.

The teen is known to be a part of a group “of about 20 people,” according to one of the victims who spoke to Haaretz.

During the holiday of Eid al-Adha, boat owner Itzik Avneri had many customers coming to use his boat service to celebrate the religious event.

The port was full of passive bystanders whilst the events of Saturday evening took place. “What you don’t see in the video is 500 people, not a single one of them lifted a finger,” explained Avneri.

The couple had two encounters with the group of attackers. First off, the group spat and hurdled abuse at the men.

Avneri told Haaretz that when questioning the attackers on why they were hurling assault at the couple, one of the group replied, “because we’re Arabs and they’re gays, and there won’t be gays among the Arabs, it gives Arabs a bad name.”

There is video footage that has been circulating the internet of the incident. The video shows two men attacking another two men on a port. The victim told Haaretz that there were more of them – up to 20 – however, he was able to pepper spray most of the attackers away leaving just two when the filming began.

You can read more about the attack on Haaretz’s website here.