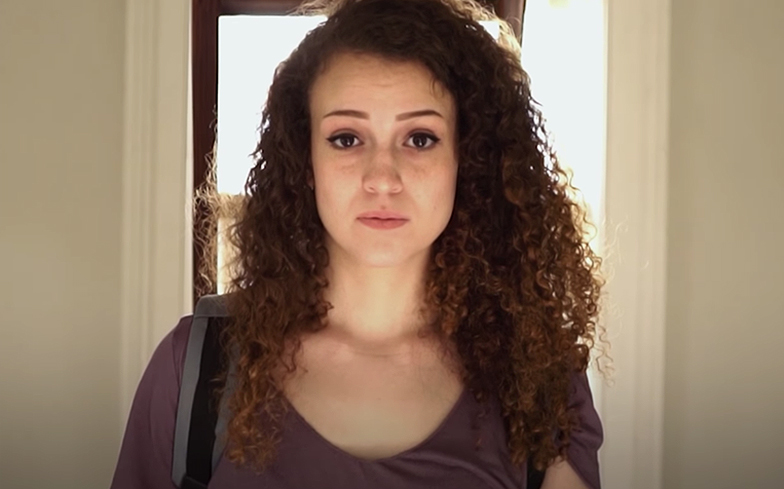 A gay woman has opened up about her harrowing experience at a ‘conversion therapy’ camp.

Alex Cooper, who grew up in a Mormon household, stars in a new video for Human Rights Campaign where she recalls coming out as gay to her parents when she was 15 – but their reaction was far from what you’d expect from a loving mum and dad.

“They kicked me out of the house. A couple of weeks later they told me I was going to stay with my grandparents for a few weeks, but instead they dropped me off at a conversion therapy camp,” she explains in the video.

“They signed over their parental rights and guardianship to this family who promised to make me straight.”

Gay ‘conversion therapy’ has been declared unethical and unscientific by the World Psychiatric Association, and is extremely harmful to those subjected to it. Despite this, many countries – including the UK and the majority of the US – do not outlaw the practice.

“For me, a lot of the therapy was wearing a backpack full of rocks to to feel the physical burden of being gay,” Alex says.

“This family made me face a wall for sometimes up to 18 hours. When I kept fighting they would add more rocks, and then more rocks and more rocks, it got up to be 40 pounds. They didn’t start taking rocks out until I decided to give up on fighting and start playing along.”

Later in the video, Alex also recalls that two other boys, who both identified as gay, were living in the same house as her, and were forced to beat each other up in a barbaric attempt to make them ‘straight’.

“They had to fight each other to be more manly, and if they weren’t hitting each other hard enough then the man who helped run the conversion therapy camp would step in and do the punching for them,” she says.

After eight months, Alex was allowed to return to school, but one day her new guardians received a call saying she’d been late to class. As a result, she was pulled out of school and forced to undergo her backpack torture once again.

“I stood there for about seven hours, and they fell asleep and I just left,” she says.

“I didn’t take anything. It was like three in the morning. I hid in some bushes until the bus started running, and when I got to the high school I immediately went to my English teacher and we called the police.”

Alex, who now lives with her girlfriend and works as a Youth Ambassador for HRC, finishes the video with an inspirational message.

“It gets better, no matter what you’re going through,” she promises. “There are people out there who want to help you – you just gotta find the right people.”

Watch Alex recall her experience below.