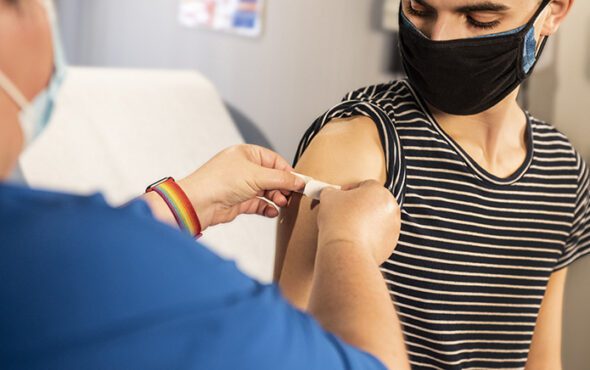 Gay and lesbian adults in the USA have a higher rate of COVID-19 vaccination than heterosexual people, a study has found.

On 4 February, the Centre for Disease Control and Prevention (CDC) released how vaccination rates differ by sexual orientation and gender identity.

“Lesbian, gay, bisexual, and transgender (LGBT) persons are at increased risk for severe COVID-19 illness because of a higher prevalence of comorbidities,” the report stated.

It revealed that gay men and lesbians aged 18 and over were vaccinated with at least one dose of a COVID-19 jab at a rate of 85.4% compared with 76.3% of their heterosexual counterparts.

This was mirrored when it came to confidence in the vaccines, as 76% of gay or lesbian adults stated that they were either completely or very confident in its effectiveness compared with just 64% of heterosexual respondents.

Bisexual adults believed getting a COVID-19 vaccination was somewhat or very important at a rate of 87% compared with more than 90% of gay or lesbians.

Gay men were found to be vaccinated at a rate of almost 89% versus nearly 81% of lesbian women.

Vaccination rates within the LGBTQ+ community were lowest among Black people across all categories of sexual orientation and gender identity, with the proportion of trans adults getting more than one dose being in line with cisgender adults at 76% and 77%, respectively.

The study found no “significant differences” in vaccination rates when breaking down the data by gender identity.

It was noted by the CDC that American LGBTQ+ people could have higher rates of vaccination due to typically being politically liberal and usually living in urban areas.

Discussing their findings, the authors of the study said: “Understanding COVID-19 vaccination coverage and confidence among LGBT+ populations, and identifying the conditions under which disparities exist, can help tailor local efforts to increase vaccination coverage.

“Adding sexual orientation and gender identity to national data collection systems would be a major step toward monitoring disparities and developing a better-informed public health strategy to achieve health equity for the LGBT+ population.”

The CDC’s study collected data from more than 150,000 respondents in America from August and October 2021.