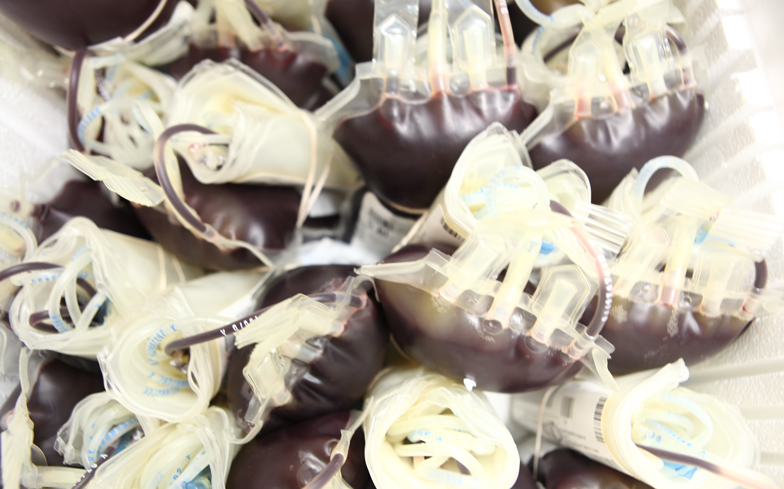 The blood could help in treating patients suffering from coronavirus.

Gay and bisexual men will not be allowed to donate blood plasma which could be used to help treat coronavirus patients. It is hoped that the treatment, called convalescent plasma, could help people if their bodies aren’t producing enough antibodies to fight the illness.

ITV has learned that blood donation guidelines will still be in place for the treatment, exempting gay and bisexual men, as well as other men who have sex with men, from donating their plasma unless they’ve been sexually abstinent for three months.

Speaking to ITV, Andy Roberts, a critical care manager, said he was turned away from donating blood after a 20-minute phonecall after they found out about his same-sex relationship. His partner, Kevin Ward, said: “It makes me feel very angry.

“We have been together in a monogamous relationship for more than 30 years and I previously didn’t know of this outrageous three month rule.”

He added: “It only goes to show that in the UK being gay is still thought as a form of contamination, so if you’re straight and sleep with a different person every weekend it’s safer according to [the rules].”

Laura Russell, the Director of Policy at Stonewall, said: “It’s really upsetting that gay and bi men who want to help in the fight against coronavirus are being prevented from doing so. The decision on whether people should be able to give blood or plasma should be based on individual risk assessments, not on people’s sexual orientation.”

A spokesperson for the NHS Blood and Transplant service said they will “initially be using the current donor selection guidelines although we will keep this under review.”

The spokesperson added they knew it would be “disappointing” for those who want to donate blood, but added they were working with LGBTQ groups to “explore whether we might be able to introduce a more individualised risk assessment for blood donation.”