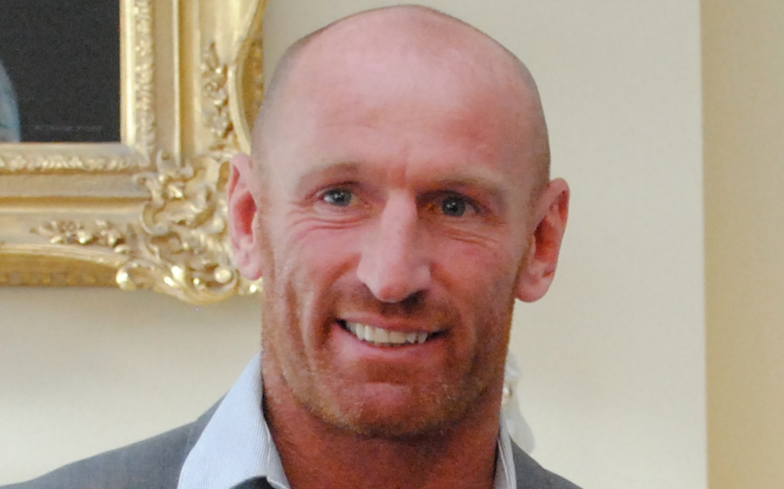 Gareth Thomas revealed his diagnosis in a moving Twitter video.

Former Welsh rugby captain Gareth Thomas has revealed that he is HIV-positive. In a Twitter video, after revealing his diagnosis the star says: “Now that you have that information, it makes me extremely vulnerable, but it does not make me weak.”

Sadly, he admits that he was “forced” to tell his fans about the diagnosis, but adds: “I choose to fight to educate and break the stigma around this subject.”

Many supported him in the comments of his video, including Labour MP Lloyd Russell-Moyle who revealed his own diagnosis in the House of Commons. “Extreeemly brave of you Gareth. I know it must have been hard, but you will be inundated with love and support (ignore the haters) and you will help thousands of people in the future for what you have done. Plus it will become a huge weight off your shoulders. Solidarity friend,” he wrote.

Another slammed the paper for forcing Thomas to reveal his diagnosis. “I’m disgusted that a tabloid wanted to tell your parents just so they could get a reaction to sell their shitty paper. Total invasion of privacy and not their secret to tell. You’re very brave,” they wrote.

Gareth will also be taking part in a BBC documentary on the subject. Discussing his initial reaction to finding out he had the condition, Gareth said: “When I first found out that I was going to have to live with HIV, the first thing I thought was straight away: I was going to die.”

However he added that the main physical impacts the illness has had on his life is the need to wake at six in the morning every day to take a pill, and blood tests every six months.

The documentary will show some of Gareth’s anxiety when the tabloid learnt of his diagnosis, which led to journalists going to his parents’ house.

Addressing this, he said: “I needed to take control of my life. When you have a secret that other people know about it makes you really vulnerable towards them. And I just I felt like I had no control over my own life.”

Elsewhere in the documentary, Gareth Thomas addressed people’s reactions to him revealing his diagnosis. “This is a subject that because of the 80s scenarios people don’t talk about it because that’s the only information they have,” he said.

“The overriding question that everybody said to me – the first question everyone says to me when I tell them I’m living with HIV – is ‘Are you going to be OK?’

“And it’s a really compassionate question to ask. But, this is meant [in] the nicest way possible, it’s a really uneducated question.”

In the Twitter video, Gareth speaks about wanting to break the “stigma” around the condition, and he mentions this in a BBC Wales interview, saying: “I’m trying to take control of my life, but I’m not trying to break the stigma and educate for me. Because that’s really selfish.

“I’m trying to educate and break the stigma for everybody, which includes me in that everybody.”

One of those people is Gareth’s husband, Stephen, who admits in the documentary: “I think it’s going to teach so many people what is HIV. I was one of the ignorant ones, I will be honest, like so many people.

“I think it’s a fantastic thing he’s doing. He’s showing that you can have HIV but you can still do the sport and the Ironman, for goodness sake.”

Ian Green, the chief executive at the Terrence Higgins Trust, praised Gareth, saying: “I’m very proud to call Gareth Thomas a friend. Gareth is proof that a HIV diagnosis shouldn’t stop you from doing anything you want to do – whatever that is.

“I hope that by speaking publicly about this, Gareth will transform attitudes towards HIV that are all too often stuck in the 1980s.

“We’ve made huge medical advances in the fight against HIV that means that people living with HIV like Gareth now live long healthy lives.

“We can also say without doubt that those and on effective HIV treatment can’t pass on the virus. This is exactly the kind of information Gareth wants to get out there to challenge the stigma that still surrounds this virus.”

Since coming out in 2009, Gareth has used his platform to voice issues that face the LGBTQ community. Last year, the rugby star revealed that he was the victim of a homophobic attack in Cardiff.

“This morning I have decided to make what I hope will be a positive video,” he told his followers, with visible bruises on his face. “Last night I was the victim in my home city of a hate crime for my sexuality.