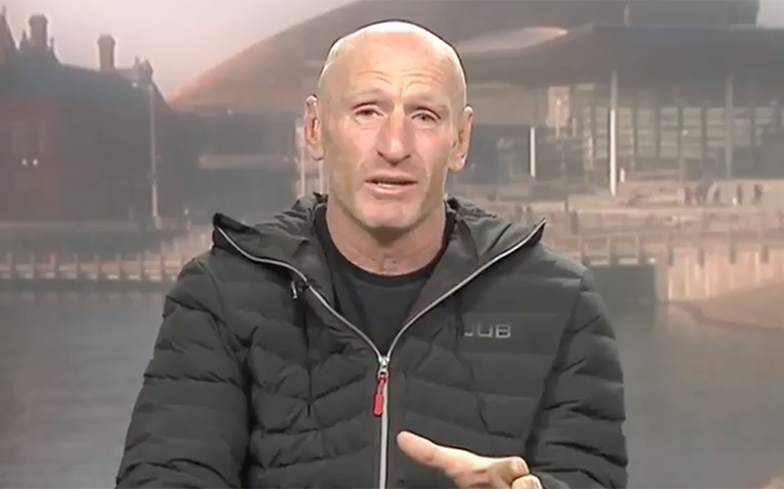 “That person came and took that moment away from me.”

Gareth Thomas has revealed that a tabloid journalist told his parents about his HIV diagnosis before he could.

In an interview with BBC Breakfast TV, an emotional Thomas said the journalist “took that moment” away from him, but added that he has the “best parents on the planet” because they still support and believe in him.

“Can you imagine someone coming to your door and saying something so personal and so intrusive to you about the thing and person that you would love and protect through anything. Can you imagine how that would feel?”

Thomas ruled out taking legal action because he the tabloid would “create their own law” to justify their actions.

Last weekend, the former Welsh rugby captain came out as HIV positive after “evils” were threatening to go public with the information. “I want to share my secret with you, because it’s mine to tell you,” he said on Twitter.

“Not the evils who have made my life hell, threatening to tell you before I do, and because I believe in you and I trust you. I am living with HIV. Now you have that information that makes me extremely vulnerable, but it does not make me weak.”

Thomas then pledged to “fight to educate and break the stigma”. Many supported him in the comments of his video, including Labour MP Lloyd Russell-Moyle who revealed his own diagnosis in the House of Commons.

“In sharing your story of being HIV+, you are saving lives and shattering stigma, by showing you can be strong and resilient while living with HIV,” he wrote on the official Instagram page for The Duke and Duchess of Sussex.

He continued: “We should all be appalled by the way you were forced to speak your truth, it is yours and yours alone to share on your terms and I and millions stand with you.”

It was later announced that Prince Harry will join forces with Thomas to continue the groundbreaking work started by his mother Princess Diana over three decades ago, by ending HIV stigma.

Thomas told The Mirror: “Like me, Prince Harry wants to break the stigma around HIV and he has already done a lot of great work. We are planning to work together now. To do something with him will be really powerful.”