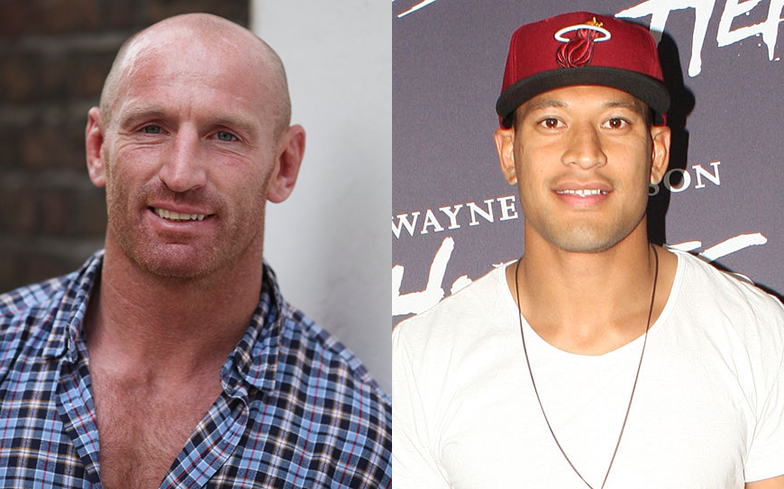 “Really upset by this as the game, players, and fans were so good to me.”

Gareth Thomas has expressed his disappointment towards Catalans for their decision to sign Israel Folau.

It was announced earlier this week that the 30-year-old professional rugby league footballer had joined the French Super League club, following his termination from Rugby Australia last year for making homophobic comments on social media.

Thomas, who is openly gay, said he will “never watch” any matches with the disgraced rugby player.

“People work really hard promoting those values and this signing and the lack of being able to stop it by the RFL and Super League is a slap in the face to all those people’s hard work.”

He continued to say: “Anyone who has a moral compass or values, this is alienating and undermining those people.

“Everyone deserves a second chance but to get a second chance I think you have to be sorry for the mistake you made and show some remorse and want to better yourself and move one – that’s not the case.”

In a statement defending their decision to sign Folau, the RFL said: “However distasteful his previous comments, we don’t believe that, under our current regulatory framework, these can prevent his participation in the sport.”

Super League executive chairman Robert Elstone also criticised the signing, and said he “made Catalans Dragons aware” of his staunch, anti-LGBTQ views before they completed their deal.

Fellow Super League side Wigan Warriors announced that they will protest Folau’s signing and “support the LGBTQ+ community” with their game against the Catalans Dragons on 22 March, declaring it ‘Pride Day’.

Robbie de Santos from Stonewall said: “Our Rainbow Laces campaign is dedicated to changing attitudes so that sport is inclusive of all. To help us in that mission, we need role models from all sports to speak up for equality and challenge prejudice.

“Folau’s remarks also perpetuate a myth that faith and LGBT inclusion cannot coexist. Faith is a big part of many LGBT people’s lives, and acceptance as part of a faith community can be incredibly powerful. We hope Folau reflects seriously on this.

“It’s encouraging that the Rugby Football League has spoken out about the importance of inclusion and tackling offensive comments in sport. The more players, fans, clubs and organisations that stand up for equality in sport and society, the sooner we kick discrimination out and make sport everyone’s game.”

Back in 2018, Folau posted that “Hell awaited” gay people unless they repented their sins. And last year, he shared another message warning that gay people would “end up in Hell” if they didn’t repent their sins. Following this post, he was fired.

He also shared offensive remarks on Twitter, claiming that “the devil has blinded so many people in this world” in response to an article about Tasmania allowing people 16 years and older to legally change their gender without parental consent.

Folau claimed that he was unlawfully fired and that he’d been discriminated against because of his religious beliefs. He also argued that sharing his anti-gay posts was “an act of love and compassion” and not homophobia.