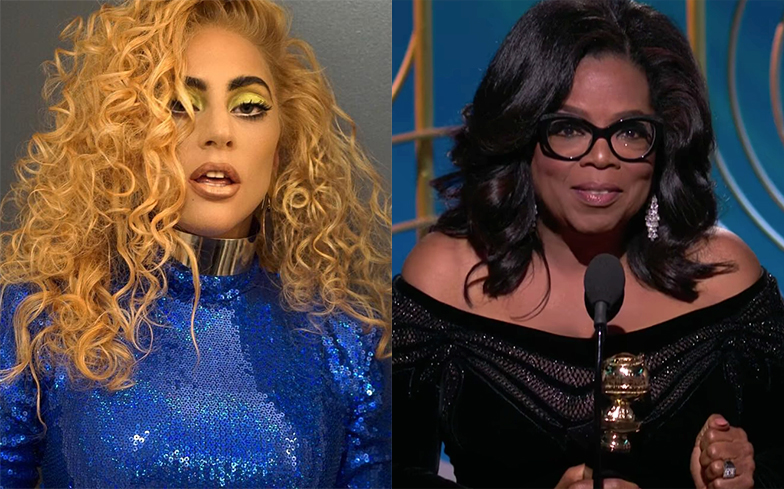 The Queen of All Media might be taking a step down from her throne to fulfil White House duties, after rumours have emerged that she is “actively thinking” about running for United States presidency in 2020.

At the Golden Globes ceremony on Sunday night, Oprah took home an award for lifetime achievement, and used the opportunity to address racial and gender inequality, and the need for preserving a free press.

She said we have lived “too many years in a culture broken by brutally powerful men, [and] for too long women have not been heard or believed.

“If they dared to speak their truth to the power of those men but their time is up.”

Lady Gaga took to Twitter to support the idea of POTUS Oprah. Perhaps the pop icon could run for Vice President?

“Oprah for president? She’s got my vote,” she wrote.

Oprah for president? She’s got my vote.

If @Oprah ran for president in 2020, she is every person. She has been poor & now rich. She is also a self made Billionaire. She has a grasp of the issues as she used to cover local politics. She can articulate any issue and she has mass appeal beyond race & gender.

There was one person who sadly didn’t quite get the message: Ivanka Trump.

The daughter of current US president, Donald Trump, ironically praised Oprah for her speech on social media using the hashtag #TimesUp, seemingly forgetting the sexually inappropriate comments of her own father.

But, of course, people took Twitter to give her some home truths.

While the rumours of Oprah running for president have not been confirmed, we can only dream of what her policies might be…