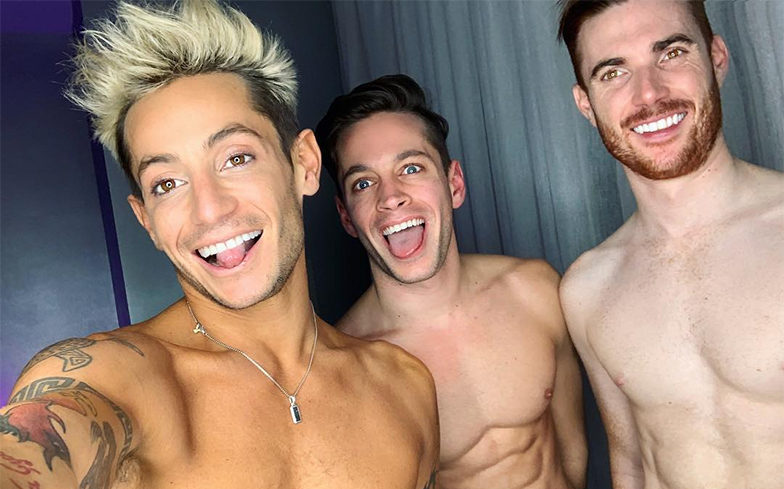 The 35-year-old social media mogul and former Big Brother contestant, whose sister is singer Ariana Grande, made the reveal while talking to Us Weekly at Bette Midler’s Hulaween party in New York City.

“These are my boyfriends,” he said, introducing Daniel Sonasohn, a lawyer, and Mike Pophis, a doctor, who are married, before adding: “[We’ve been dating for] almost three months, but in the gay world it’s like five years.”

When asked what his favourite part of the relationship was, Frankie joked that it was the “dick”, but also added that both men are “very smart”.

In a later statement, Frankie elaborated: “Mike and Daniel are both extraordinary people and I think the world of them. Each of them complete me in different ways and I am honoured to be in this very special, very fun relationship.”

While this may be the first time the YouTube personality has spoken on record about his new boyfriends, he’s been teasing his relationship with them on social media for a while now.

Over the last few months, he’s shared photos of himself alongside Daniel and Mike in various situations; there’s holiday snaps, photos of them in their Halloween costumes, and cute selfies galore. Check them out below.

Earlier this year, Frankie spoke to Gay Times about his coming out experience, and revealed he was “so nervous” to tell his sister Ariana about his sexuality.