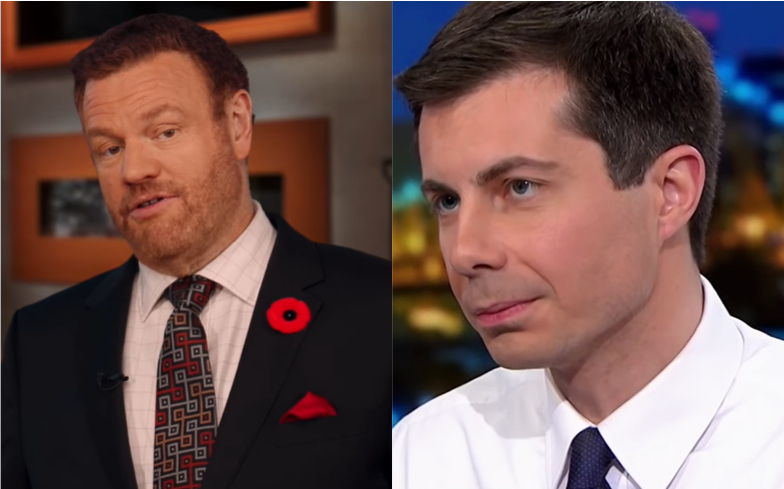 Mark Steyn was hitting out at the lack of diversity in the Democratic presidential candidates.

Mark Steyn, a frequent guest host on Fox’s Tucker Carlson Show, has hit out at his perceived lack of diversity in the candidates aiming to be the Democratic nominee for president.

Following the news that Cory Booker had dropped out of the race, Steyn said: “There are now no — I believe there are now no people of colour left in the Democrat primary except Andrew Yang. And he’s Asian — so as we know from recent court decisions, that doesn’t count.”

He added: “Mostly septuagenarian white men, although I believe Elizabeth Warren — oh yeah, she’s still in, she’s of course officially a person of colour in that she was Harvard Law School’s first woman of colour.

“So she’s — suck it up, minorities! This is what happens when you mortgage your future to the Democrat Party!

“The great repository of diversity now is Elizabeth Warren! The first woman of colour. We know she’s, what is she, 1/1,054th of colour?

Moving onto Pete Buttigieg, who is married to his husband, Chasten, Mark said: “And it’s just going to be a bunch of septuagenarian white guys up there, along with Mayor Pete. Do we, are we really sure he’s gay?

“I mean, he looks like some guy from the accountancy department. He doesn’t — that’s a very non-gay look. I don’t know.”

Steyn then revelled in the fact that there no diversity on the Democratic side, although seemed to miss the fact that the Republican Party’s candidate for president and vice-president are Donald Tr*mp and Mike Pence, who in Steyn’s own words are “septuagenarian white men.”

During his campaign, Pete Buttigieg has passionately spoken about LGBTQ rights, saying “there’s no going back to normal.”

“We know that the struggle is not over, not even close. At a time like today when you can still be legally fired in so many parts of this country because of who you are or who you love, we have work to do,” he said at a Pride festival in Iowa’s capital, Des Moines last year.