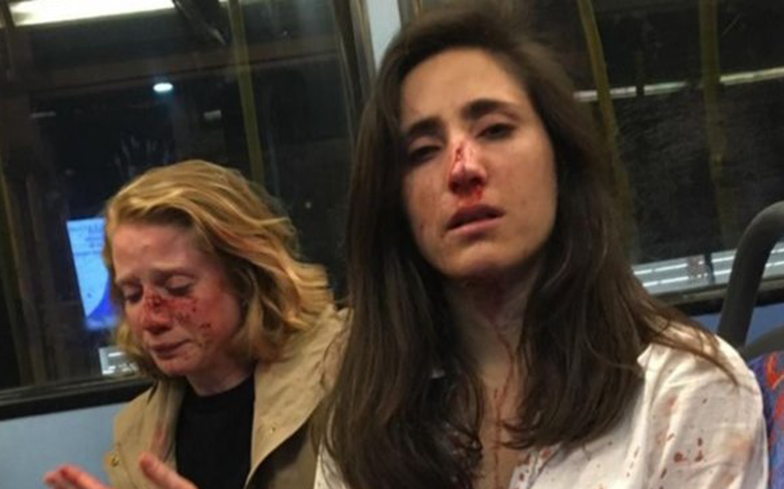 Four teenagers have been charged over a homophobic hate crime in London.

According to the Metropolitan Police, detectives investigating an attack on a Route N31 bus in Camden in the early hours of Thursday 30 May have charged four males, aged from 15 to 17, with an aggravated hate crime.

All four will appear at Highbury Corner Youth Court on Wednesday 21 August.

As reported by GAY TIMES last month, Melania Geymonat, a 28-year-old Ryanair flight attendant from Uruguay, was en route to Camden town on a bus with a woman called Chris when they were approached by a group of four homophobic men.

After harassing them with anti-gay slurs, they demanded they kiss each other in front of them for their own entertainment. When they refused, all four men assaulted and robbed them.

Geymonat described how the men targeted them in a post on Facebook, alongside a picture with their bodies covered in blood which quickly went viral.

“What upsets me the most is that VIOLENCE HAS BECOME A COMMON THING, that sometimes it’s necessary to see a woman bleeding after having been punched to feel some kind of impact,” she wrote.

For those who don’t understand why we still need Pride – did you read the above? Are straight people being attacked for being straight? We recently rounded up nine reasons as to why we don’t need ‘Straight Pride’ – read here.