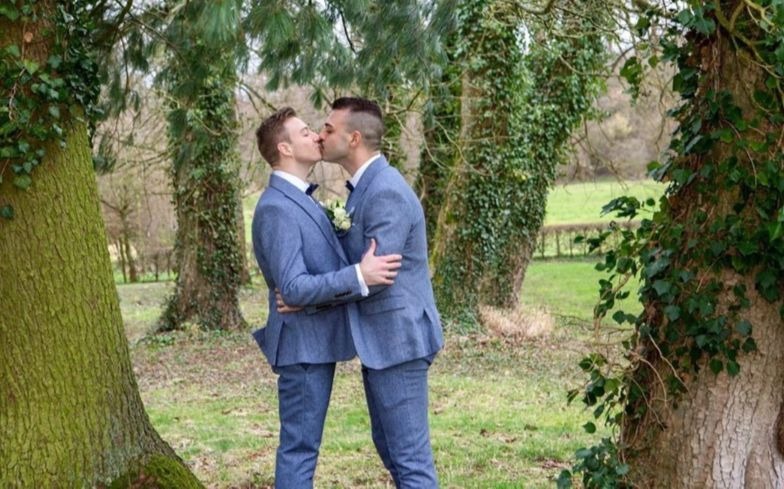 The former Olympian has married his boyfriend in a fairytale wedding.

Former Olympic diver Matthew Mitcham, who won gold in the 10m platform at the 2008 Beijing Olympics, has married his boyfriend, Luke Rutherford, at the Chateau de Halloy in Belgium.

The couple first got together in 2018, when Rutherford was on a road trip.

Matthew told the Australian Daily Telegraph: “The whole thing was so beautiful. I was crying for basically the entire ceremony.”

Posting on Instagram, Matthew wrote: “After a sustained period of lovely gestures, loyalty, gazing adoringly and many trips to Ikea, I managed to trick @lukeyluke8 into falling in love with me, proposing to me and finally marrying me. Now he’s stuck with me forever and ever, ha!”

Luke also wrote on Instagram: “Best day EVER!!! Thank you so much to everyone who made the last week such an unforgettable moment in our lives. So proud and happy to be the new Mr Mitcham.”

The pair are currently honeymooning in Amsterdam, where Matthew posted: “Thinking about how lucky my husband is.

“Currently in Amsterdam basking in the afterglow of the best week of my life. I’m so lucky to have such a beautiful bunch of family and friends.”

Matthew made history in the 2008 Beijing Olympic Games, becoming one of the first ever openly gay men to win an Olympic gold. As it stands, his winning dive, that scored, 112.10, is the highest-scoring single dive in Olympic history.

The diver, and former trampolinist came out as gay in 2008, ahead of the Olympic Games as the Sydney Morning Herald profiled Australian Olympic hopefuls.

Matthew and Luke first got together in 2018, and became engaged in June 2019. Luke popped the question to Matthew in Luke’s hometown of Henley-on-Thames.

“He got down on both knees, I said yes, and now we’re engaged,” Matthew posted.