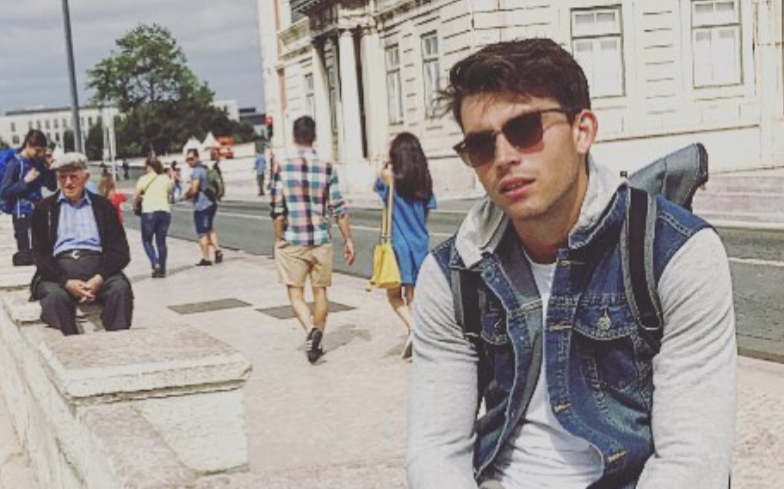 Matthew Pacifici came out as gay and introduced his boyfriend in the most adorable way.

Writing on Instragram, Matthew Pacifici, a former goalkeeper for the Columbus Crew who was forced into early retirement following an injury, introduced the world to his boyfriend.

“What do you mean ‘I didn’t tell you?'” he wrote alongside a picture of him and his boyfriend cuddled up.

Pacifici’s post was met with immediate support. While many sent emojis with Pride flags and rainbow hearts, one wrote: “You’re a great role model for young gay men everywhere. Thanks for setting a great example.”

Speaking to Outsports about his decision to come out, Pacifici wrote: “When you’re in a relationship that makes you happy, and on social media you see people posting about their girlfriends, it feels weird not being a part of that.

“You want them to know. This relationship is the one that makes me the most happy ever in my life.”

Pacifici’s boyfriend, Dirk Blanchat also publicly came out. Posting a picture of him and Pacifici together in New York City, he said: “They say it’s a great city to be single in… I guess I wouldn’t know.”

However, when talking to Outsports, Pacifici revealed that he had reservations in coming out. Despite having people like Robbie Rogers or Collin Martin come out before him, Pacifici didn’t feel like their experiences correlated to his.

“Playing the part of the straight professional athlete was much more important to me at the time than being true to myself,” he explained.

However, Pacifici said that he came out, hoping that others would follow his example. “The more people who come out the easier it will be for other people to follow,” he said.