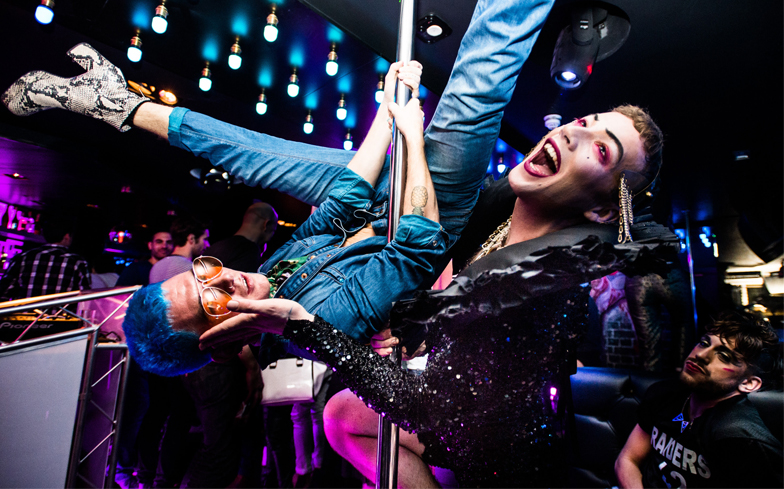 The creative team behind Sink The Pink have been announced as the new creative directors of Metropolis in London.

The former five-floor strip club in Bethnal Green in East London has undergone extensive refurbishment in recent months and will relaunch on 19 April as a LGBTQ venue.

East Creative – consisting of co-founders Jamie Tagg and Glyn Fussell – have been appointed creative directors of the venue, and will launch a new programming calendar in May, which will include both live and club events for the LGBTQ community.

They have championed East London nightlife since 2014, and have launched many LGBTQ events including the hugely popular Sink The Pink, weekly Metropolis club night Savage, and music festival Mighty Hoopla.

“East Creative at Metropolis feels a very natural fit,” Jamie and Glynn said in a statement. “We’ve built our company on supporting the creative community and specifically LGBTQ+ people in East London, with venues being closed all the time it feels great to be able to provide a new space for them all.”

It has been described as “a neon-clad playground to host everything from comedy and cabaret to club-nights and live gigs.”

A relaunch event will take place at Metropolis this Thursday and will include a line-up boasting sets from DJ Heidi, Artwork, Nimmo, Jonjo Jury, Joshua James, and more.