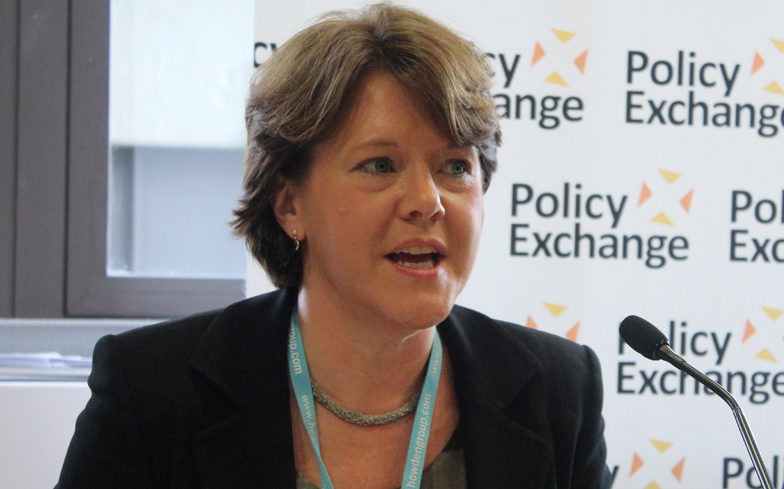 The Conservative MP, who is the chair of the Women & Equalities Select Committee, made the remarks following a question from PinkNews during an event that was celebrating the tenth anniversary of the Equality and Human Rights Commission.

One of the pieces that she took aim at appeared in The Times, where it criticised the domestic abuse charity Women’s Aid for allowing trans women to work there.

“While I absolutely believe that newspapers have a right to print what they want to, it has to be based on fact, and there is no evidence that trans women are a threat to anybody else.

“If anything, they are the victims of a great deal of hate crime, and very high levels of sexual assault themselves.”

Miller continued, saying: “I think that if we’re going to have a debate, it needs to be based on fact.

“And to paint this as something which is a problem for them is so wrong.

“And I think that those who are writing in this way really need to ask themselves some questions about the facts, as opposed to anything else.”

One newspaper that recently got into trouble for its anti-trans sentiments was The Sun. Last November, the paper was critical of drag queens teaching toddlers about gender fluidity, and titled its front page piece: “The skirt on the drag queen goes swish swish swish.”

The Green Party later submitted an official complaint, with the party’s LGBTIQA+ spokesperson saying: “The Sun’s coverage of gender fluidity classes is a sad mix of scaremongering, discrimination and inappropriate jokes about drag queens. On the same day the Church of England issues guidelines to help prevent transphobic bullying, it’s appalling that one of our national newspapers is perpetrating such harassment.”

Miller then called for better equality for trans people, saying: “I think its really sad that its being played out as a zero-sum game, that one side’s win is the other side’s loss, because I don’t believe that for a moment.

“The trans people I’ve met, and the parents of trans children I’ve met have done nothing other than seeking some sort of equality, and I think as a Parliament we’ve got to take that very seriously indeed.”

This isn’t the first time that Maria Miller has shown herself to be an ally to the trans community. Back in 2015, she said that the UK was “letting ourselves down” over trans issues, and in 2016, she called for gender to be removed from both driving licences and passports.