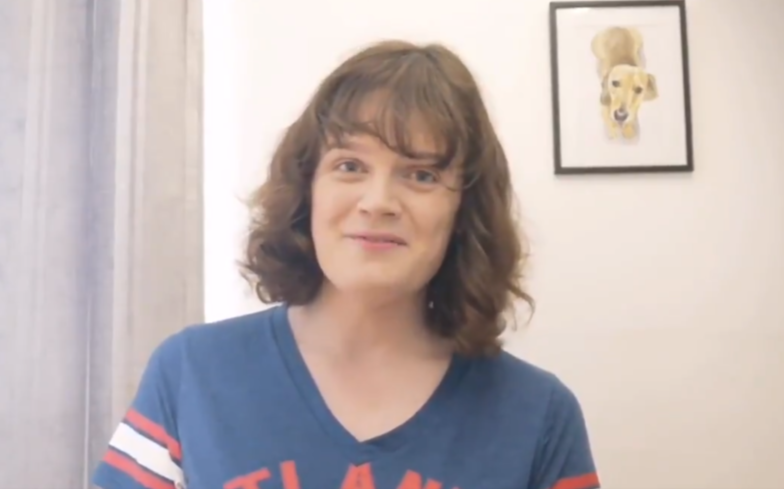 The journalist has written for The Guardian and ESPN.

Football journalist Nicky Bandini has come out as a trans woman in a video posted on Twitter and in a separate piece written for The Guardian.

In her written article, Nicky said: “I am transgender. I know that sentence will come as a shock to many people. Even after struggling with gender dysphoria – a sense of discomfort with and dissociation from the body that life dealt me and the expectations that go with it – for almost my whole life, it took me the best part of three‑and‑a-half decades to be able to say it out loud.”

Referencing her deadname, she added: “There it is, though, in black and white. I have written my last article under the name Paolo Bandini. From now on, it will be Nicky.”

Addressing the possible confusion, she said: “It’s OK to find this confusing. It’s OK if it takes time for people who know me or have followed my work to remember the new name or that I use for myself the pronouns she and her.

“It would be hypocritical of me to expect other people to instantly digest information that took me countless hours of therapy and lived experience.”

She continued, writing: “Transition is a journey and a slow one at that. I came out to the most important people in my life three years ago, not with any declaration of intent but with buckets of tears and a panic attack.

“A part of me hoped that talking about dysphoria might finally chase it away. Another part expected the world to stop.”

Nicky also wrote about her desire to see more LGBTQ people in both sport and broadcasting. “I am not aware of any transgender sports writers or broadcasters currently working in the UK (if I’m wrong, please let me know),” she wrote.

“And while no individual should ever feel compelled to discuss their sexuality unless they want to, it remains astonishing that there is not one openly gay footballer in the top four divisions of men’s football in England.

“The Women’s World Cup offered a glimpse of an alternate reality, in which queer protagonists could stand to the fore. Perhaps we will look back in years to come and see that tournament as a turning point for LGBTQ+ people in football.

“But we are certainly not there yet. It was only a few weeks after the World Cup ended that the person behind The Gay Footballer account on Twitter – who claimed to be a player in the Championship – cancelled their plans to come out publicly, writing: ‘I thought I was stronger. I was wrong.'”

Finishing her piece, she wrote: “Times have changed, technology has changed and I have changed. But storytelling remains my great passion. I look forward to continuing to share them with you as Nicky.”

Sports journalist Mike White said: “Total respect and admiration for you, Nicky. Nothing should change in the eyes of anyone other than yourself but congratulations on taking such a bold and brave step in your life.”

And Shahmir Sanni added: “You have no idea how huge this is. You should be so, so, so proud. Soak up all this love, you deserve it. Sending you love & strength! x”