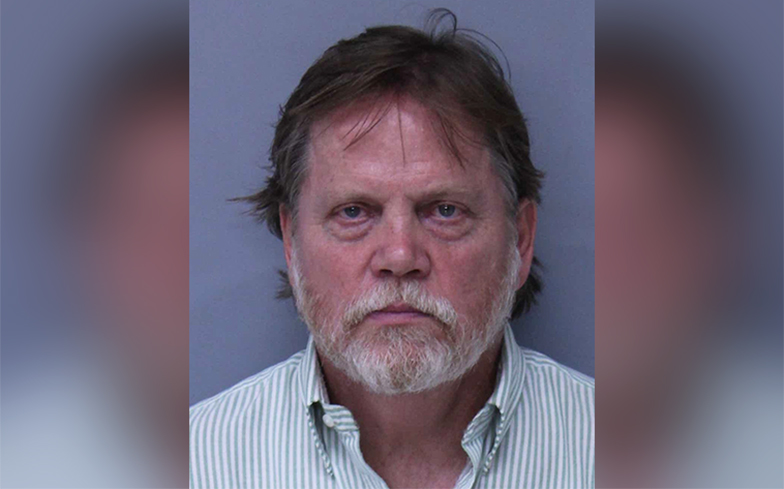 A Florida man was arrested after writing an anti-gay message on his restaurant bill and then shoving it down the manager’s shirt, police say.

62-year-old Frederic Sterry Smith and an unnamed woman were eating at Milagro On 12 Latin Kitchen restaurant in downtown St. Augustine on Saturday 27 July, when he appeared to take offence at being served by a gay waiter.

When they finished eating, Smith allegedly left a zero-dollar tip on the receipt with the message: “If he wasn’t gay.”

The waiter showed it to his female manager, who walked outside to ask Smith if he wrote the message. He said yes, then ripped up the receipt and shoved it down her shirt. He also touched her breast, according to a police report.

An eyewitness told police that Smith had warned the manager he would “[expletive] rip it up in front of her face,” before he did exactly that.

Witnesses provided description of the man, and police tracked him down and questioned him within an hour.

According to Naples Daily News, Smith was “verbally abusive and angry” when confronted about the incident, telling police: “I can say whatever I want, to whoever I want.”

Smith was arrested and charged with misdemeanour battery. Bond was set at $500 and he was released on Sunday from St. Johns County Sheriff’s Office.

Smith is believed to be minister and president of Servant’s Heart Disaster Relief, an “evangelical hands-on ministry devoted to helping hurricane victims in North America and the Caribbean”.

Employees at the restaurant told First Coast News that they believe the incident was an “act of hate”.