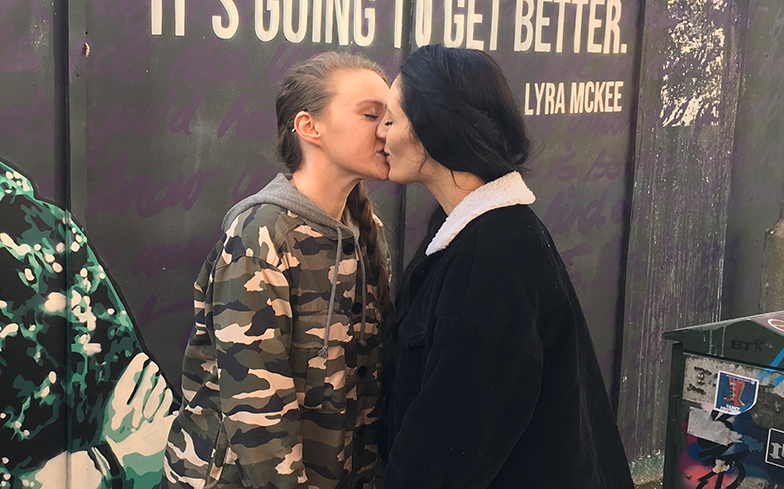 “It’s a big day for us, but an even bigger day for equal rights in Northern Ireland.”

A Belfast couple who are poised to become the first same-sex couple to tie the knot in Northern Ireland, following the historic change in the law last year, say they are “overwhelmed” to be making history.

Sharni Edwards, 27, and Robyn Peoples, 26, will get married 11 February in Carrickfergus. At a press conference in Belfast earlier this week, the couple joined campaigners from the Love Equality campaign, who championed the change in law.

“We’re so excited for our wedding day,” Sharni said. “It’s a big day for us, but an even bigger day for equal rights in Northern Ireland. Robyn and I have been together for six years but the campaign for marriage equality has been going longer.

“It’s thanks to everyone who has campaigned that next week we’ll be making our vows to each other – equal to other couples in the eyes of the law.”

Robyn added: “We did not set out to make history. We’re just a couple in love, who want to make a life-long commitment through marriage. Now the law finally allows us to do this.

“We want to thank everyone who made this day possible – the Love Equality campaign, the thousands who marched in Belfast and beyond, and the MPs in Westminster who changed the law. Together we’ve made history – it’s quite overwhelming.”

Patrick Corrigan, Northern Ireland director of Amnesty International, said: “Sharni and Robyn’s wedding is set to be the first of many for same-sex couples in Northern Ireland – who can finally get married as equal citizens.

“This is what our campaign has been all about – love and equality. We could not be happier for Sharni and Robyn, and all the other couples who will follow them down the aisle. Next week will be a landmark for equal rights in Northern Ireland.”

Sharni and Robyn will marry Tuesday 11 February at 2pm at the Loughshore Hotel in Carrickfergus.