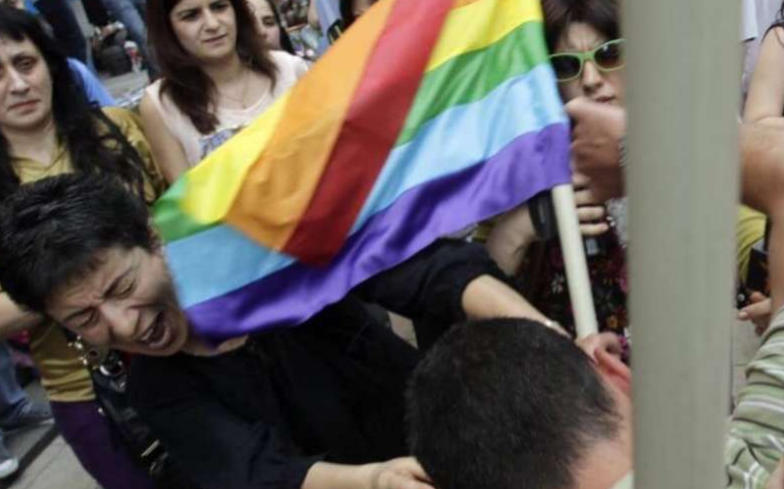 The country of Georgia would have been having its first-ever Pride today.

The first-ever Pride march due to be held in Tbilisi was cancelled yesterday (June 21) due to extreme opposition from right-wing and religious groups. The march was due to be held today.

One of the organisers, Giorgi Tabagari, confirmed the Tbilisi march had been cancelled in a simple message. “There won’t be a march tomorrow,” he wrote.

Speaking to Reuters, Tamaz Sozashvili said: “It was a hard decision for us all to make because we put so much energy, resources and passion to it.

“But on the other hand, we acknowledge the ongoing political situation in the country. We think this is not the right time to do it.”

Earlier this week, there were clashes between the police and protesters after a Russian lawmaker visited the country’s parliament. Police fired tear gas and rubber bullets at the protesters.

Groups had also attacked the offices of LGBTQ activists, which prompted a police evacuation on Wednesday (June 19). Orthodox Christian groups in the country also condemned the planned march as a “provocation.”

Organisers are planning on holding the march at a later, but as of yet, unconfirmed date.

Violent threats against LGBTQ events aren’t uncommon. Back in April, a drag story time event in Dublin had to be cancelled, after organisers received “extremely violent homophobia.”

Dun Laoghaire Rathdown Libraries originally claimed the event was cancelled due to concerns over whether it was age-appropriate, but later had to release a second statement clarifying it was homophobia that led to the cancellation.

“We wish to clarify that the cancellation was due to our significant concern at the high level or degrading, inappropriate comments on social media about the performers and library staff,” they said in an updated statement.