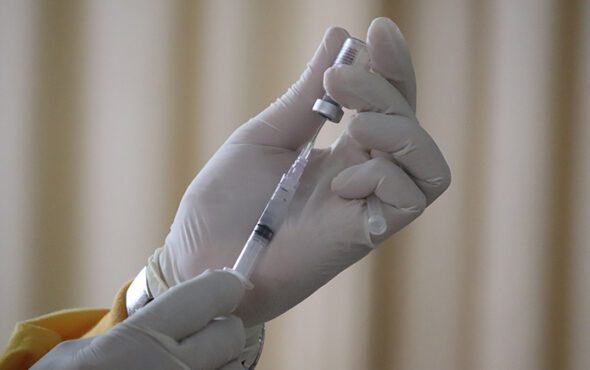 The US Food and Drug Administration (FDA) has approved the first-ever injectable HIV prevention drug.

In an announcement on 20 December, the FDA confirmed it has given the green light to the use of Apretude (cabotegravir extended-release injectable suspension) in at-risk adults and adolescents weighing at least 35 kilograms (77 pounds).

The drug is administered with two initiation injections one month apart, with one following every two months thereafter.

“Today’s approval adds an important tool in the effort to end the HIV epidemic by providing the first option to prevent HIV that does not involve taking a daily pill,” said Debra Birnkrant, M.D., director of the Division of Antivirals in the FDA’s Center for Drug Evaluation and Research. “This injection, given every two months, will be critical to addressing the HIV epidemic in the U.S., including helping high-risk individuals and certain groups where adherence to daily medication has been a major challenge or not a realistic option.”

Patients have the option of taking oral cabotegravir (Vocabria) for four weeks in order to see how their body responds to the drug.

Until this week’s announcement, daily oral pills containing tenofovir and emtricitabine were the only medications for HIV pre-exposure prophylaxis (PrEP) licensed and approved by the FDA.

PrEP currently has to be taken daily in order to build up in your system, allowing it to prevent HIV from replicating and spreading throughout your body.

According to the U.S. Centers for Disease Control and Prevention (CDC), preliminary data shows that in 2020, about 25% of the 1.2 million of those recommended to take PrEP were prescribed it, compared to only about 3% in 2015.

However, the drug requires high levels of commitment due to being taken daily, which the CDC states can be less adhered to by certain high-risk groups – such as men who have sex with men.

“These medications are highly effective at preventing HIV when taken daily as prescribed, however, taking a pill daily while feeling healthy can be challenging,” explained a press release from the National Institute of Allergy and Infectious Diseases (NIHAID).

It continued: “Long-acting injectable cabotegravir PrEP is a less frequent, more discreet HIV prevention option that may be more desirable for some people.”

The FDA confirmed that Apretude should only be prescribed to people who are confirmed to be HIV-negative immediately prior to starting the drug, as well as before each injection to minimise the risk of drug resistance.

Today we approved the first injectable treatment for use in at-risk adults and adolescents weighing at least 35 kilograms (77 pounds) for pre-exposure prevention to reduce the risk of sexually acquired HIV. https://t.co/TBU7pU6gOo pic.twitter.com/mnGkYt4xoM