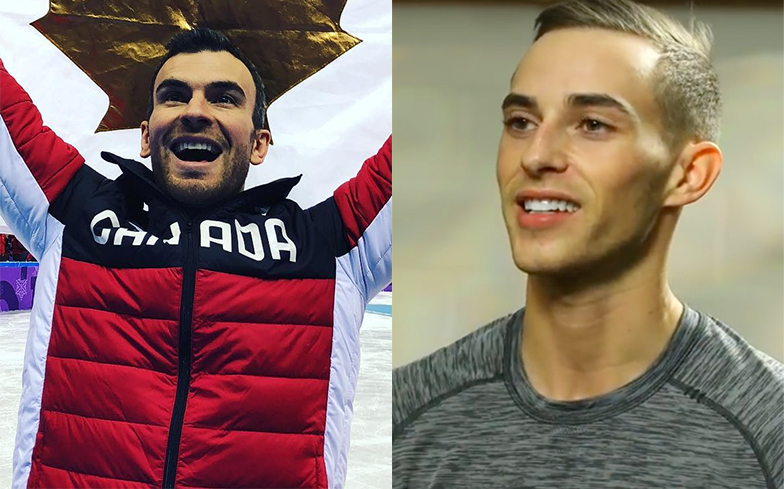 Eric Radford says he’s “lucky” that he doesn’t have to deal with political pressure like Adam Rippon.

The Canadian took home gold with his partner Meagan Duhamel in team figure skating at the 2018 Winter Olympics in Pyeongchang, becoming the first openly gay male athlete to win a gold medal at the Olympics.

But while they received overwhelming support from back home, Adam’s bronze medal win for Team USA at the same event was overshadowed by his political comments about the Trump administration.

“I feel very lucky that I’m not Adam and I don’t have to deal with that whole political side of things,” Eric told TMZ.

“Since I won my gold medal, I got a call from our Prime Minister [Justin Trudeau], and he tweeted Meagan and I on our individual bronze medal, and he’s been so supportive and kind and nice.

“I give all my support to Adam in everything that he’s doing, especially in the skating world.”

Eric also spoke about the “touching messages” he’s received from other gay men who are still in the closet and have been inspired by his success.

“Im gonna try and get Adam and the guys together and maybe head down to Pride House and spend a bit of time there and soak up that really positive energy there,” he added.

As the first openly gay male athletes from Team USA to make it to the Winter Olympics, freeskier Gus Kenworthy and figure skater Adam Rippon are helping to fly the flag for the LGBTQ community in turbulent times.

Considering his terrible track record when it comes to LGBTQ rights, it’s more than understandable that Adam and Gus were less than impressed by Vice President Mike Pence’s role as leader of the US delegation.