FA back Three Lions Pride flag, which will be waved at England match in Russia 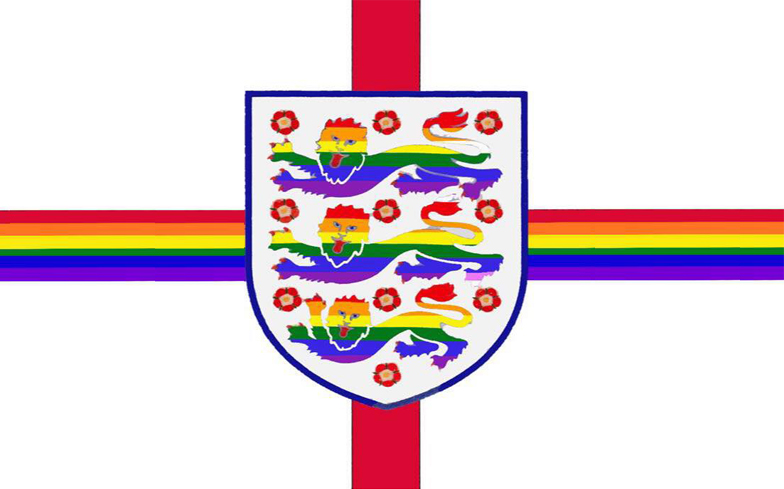 England’s Football Association has endorsed a rainbow-modified version of their Three Lions insignia for LGBTQ fans to wave proudly during the World Cup in Russia.

It comes after a French football fan and his partner were attacked in St. Petersburg last week for being gay, while there have been numerous warnings for LGBTQ fans travelling to the country to watch matches that they will be “hunted down and stabbed” if they show any same-sex affection in public.

But as English football fans prepare for the England team’s first matches of the competition this week, the Football Association has publicly supported a campaign to have the famous Three Lions insignia tweaked to include rainbow colours.

Di Cunningham – organiser of Three Lions Pride – is ready to wave the banner at England’s matches this week in an act of defiance against Russia’s anti-gay laws and attitudes.

“The FA definitely wants it to be seen and wants us to go,” Cunningham told the Daily Beast. “They have endorsed it. To create the banner we had to clear the use of the image’s rights with them. “We will also be wearing specially designed scarves with the same design. Both have the FA’s endorsement. It’s a very limited run. We are not allowed to sell them or make any more of them. The FA wants the visibility and association with LGBTQ+ inclusion.”

An FA spokesperson added: “We have been building links with LGBT+ fan groups by using England home games as a focal point.

“We continue to support their good work, and back their use of a Three Lions rainbow crest at the England games at the FIFA 2018 World Cup.”

Cunningham also said that the banner was designed to send a clear message to FIFA, the organisers of the World Cup. “How can you disenfranchise this set of supporters by siting this prestigious tournament in a country that is hostile to the LGBT community?”

During the country’s recent Presidential election, an advert ran which warned people that they would have to live with a gay person if they didn’t vote. And a recent poll found that 83% of Russians consider gay sex to be “reprehensible.”

In 2013, Vladimir Putin signed into effect a gay propaganda rule, which banned the promotion of “non-traditional” sexual orientations to minors