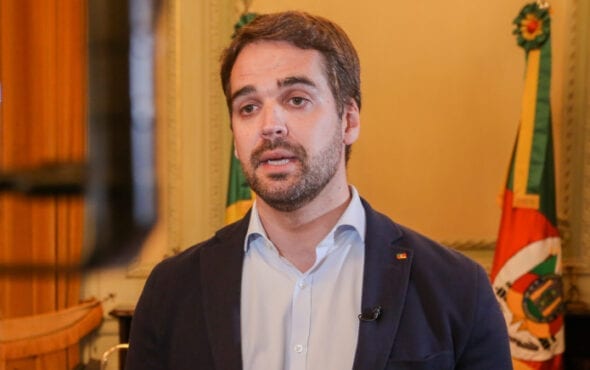 Gay Brazilian governor and presidential hopeful Eduardo Leite said he expects to encounter anti-LGBTQ+ rhetoric as he bids to unseat President Jair Bolsonaro, a far-right firebrand who once described himself as a “proud homophobe”.

Leite, 36, who is governor of the southern state of Rio Grande do Sul, came out on television last week, leading rivals to accuse him of trying to exploit his sexuality for political gain ahead of next year’s presidential election.

“I’ve got nothing against his private life, but he cannot impose his lifestyle on others,” said Bolsonaro, who once declared that if he had a gay son, he would rather the child died in an accident.

But Leite, who would become Brazil’s first openly gay presidential candidate if he wins a party primary later this year, denied his decision to come out to the nation was politically motivated.

“There was no political intention besides the truth,” said Leite, who became Brazil’s youngest state governor in 2019 after previously serving as a city mayor.

“This was not a topic during previous elections when I ran for mayor and governor. I never created a character or lied about my sexuality, I simply didn’t talk about it,” he told the Thomson Reuters Foundation in a telephone interview.

Leite, a member of the social democratic party PSDB, supported Bolsonaro in the second round of Brazil’s 2018 election, but became a critic of the president’s management of the COVID-19 pandemic.

The governor is running in the PSDB primaries scheduled for November to choose the party’s candidate for the 2022 election, and he said he feared the campaign period could be marred by dirty tactics including homophobic slurs.

Leite is currently consulting lawyers over comments made by Bolsonaro earlier this year about whether the governor “may have stuck it somewhere else” – nominally in reference to money from the state health budget, but widely seen as a homophobic remark.

“I have already sought formal court proceedings so that the president explains himself, and my lawyers and I are considering a lawsuit against him on the grounds of the crime of homophobia,” Leite said.

In a written response addressed to the Federal Supreme Court, Bolsonaro said “at no point did I suggest that the questioner had committed any criminal offense, nor did I intend to offend his honor”.

Brazil is one of the world’s most liberal countries in terms of LGBTQ+ legal rights, having decriminalized gay sex in 1830. Same-sex marriage was legalized in 2013.

But despite the country’s progressive legislation, discrimination and violence against members of the LGBTQ+ community is common.

Last year, 224 LGBTQ+ people were murdered including 161 trans women, according to the latest report produced by advocacy organization Bahia Gay Group, which has been documenting violence against LGBTQ+ people since 1980.

Leite said the rights of LGBTQ+ Brazilians would be just one of the many issues on his agenda.

“It is important to have activists. I recognize their role and they will always have my attention,” he said.

“(But) I have worked in government as a mayor, governor – and maybe as president – for everyone. (LGBT+ issues) are one of the agendas, but they are not the only agenda.”