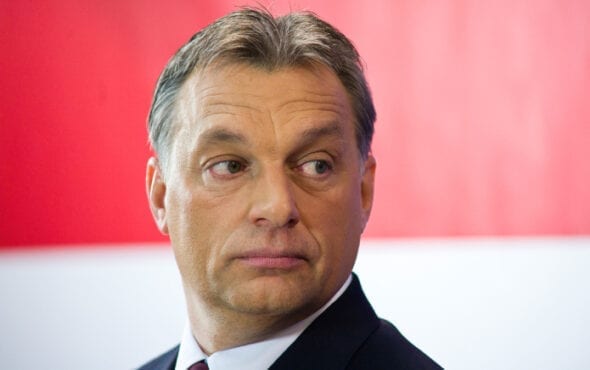 MEPs called the Hungarian law “a clear breach of the EU’s values, principles and law” and last week urged the European Commission to pursue a legal case against Viktor Orbán’s government.

459 Members of the European Parliament (MEPs) voted in favour of the resolution, with 147 against and 58 abstaining in Strasbourg.

The European executive is now preparing a warning letter to be sent to Orbán, which would mark the first step in the process to modify or repeal the anti-LGBTQ+ legislation.

The case could be brought before the European Court of Justice and Hungary could potentially face financial penalties.

Orbán continues to claim that the anti-LGBTQ+ law has been put in place to protect children, but activists have rightly pointed out that this dangerous way of thinking continues to conflate paedophilia with homosexuality.

“The European Parliament and the European Commission want that we let LGBTQ activists and organisations into the kindergartens and schools. Hungary does not want that,” Orbán said previously. “Here Brussels bureaucrats have no business at all.”

“This law uses the protection of children, to which we are all committed, as an excuse to severely discriminate against people because of their sexual orientation. This law is disgraceful,” she said.

Last week, activists in Hungary displayed a 30-foot-high rainbow heart outside of parliament in solidarity with the LGBTQ+ community.

Lucas Dudtis from The Hatter Society, Hungary’s biggest LGBTQ+ advocacy group, opened up about the demonstration in a statement.

“We think that the only path we can pursue is civil disobedience, and we will not change anything about our activities,” he said.

Dudits also went on to say that the law “stigmatizes LGBTQ+ people” while putting queer youth at risk of harassment and bullying.