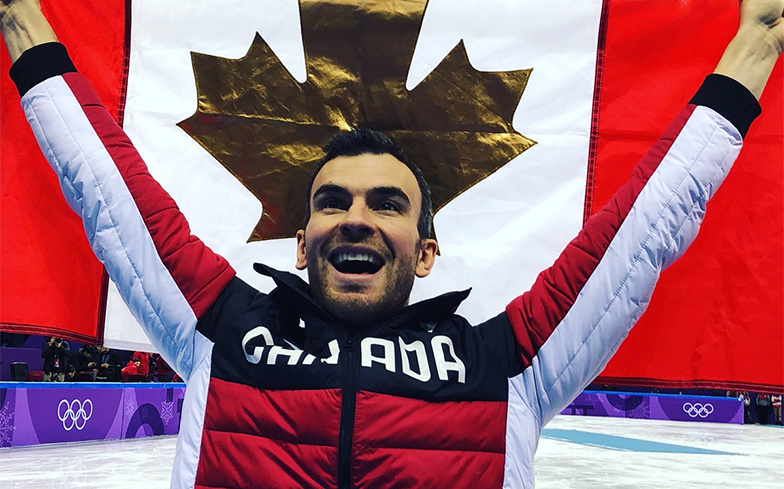 The Canadian athlete took home gold in team figure skating at the 2018 Winter Olympics in Pyeongchang, South Korea, where he performed a beautiful routine to Adele’s Hometown Glory alongside partner Meagan Duhamel.

Their free skate also made history when they landed the first ever successful throw quad salchow at an Olympic event.

Meagan Duhamel and Eric Radford pull off the FIRST EVER (clean) throw quad salchow at an #OlympicGames.#Olympics #TeamCanada pic.twitter.com/WF1WKDVYqt

Despite their success, Meagan and Eric announced their retirement shortly after earning the bronze medal.

“We couldn’t have asked for more from this competition and from ourselves,” Eric told The Star. “We’re going to be able to retire and always look back on our skating career feeling complete and happy.”

Later, sharing a photo of himself and Meagan on Instagram, he wrote: “I couldn’t ask for more in my career. It’s been fun dreaming my wildest dreams and having so many of them come true. Thank you everybody for all of your support.”

Eric’s partner, Meagan, also shared a message on Instagram about their retirement.

“So proud that [Adam Rippon] and I get to wear these medals and show the world what we can do!” Eric said on Twitter alongside a photo of himself and Adam.

So proud that @Adaripp and I get to wear these medals and show the world what we can do! #represent🏳️‍🌈 #olympics #pyeongchang2018 #pride #outandproud #medalists #TeamNorthAmerica pic.twitter.com/eXMlZ2Utrw