Eric Pope: Tributes pour in for “caring” gay patron who died after being punched by bouncer 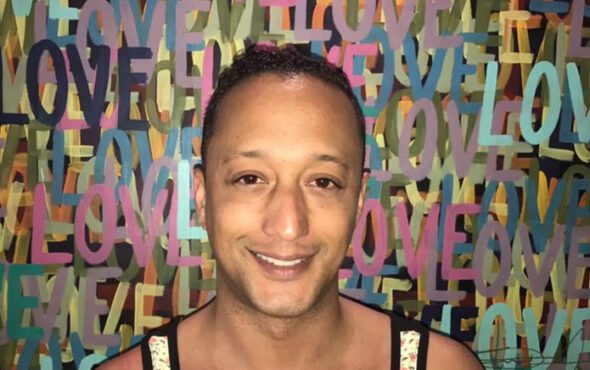 A nightclub bouncer is facing third degree murder charges for allegedly punching a gay patron who later died because of the hit.

Eric Pope was taken outside of the Tabu Lounge and Sports bar in Philadelphia “for being intoxicated” just before 1am local time on 16 April, according to the city’s police force.

“The bouncer punched the victim once when the victim was outside the Club. The victim fell to the ground unconscious,” Officer Miguel Torres explained to The Standard-Times. “The victim was not responsive when the medics arrived. CPR was performed by Medic #1, who then transported the 41-year-old Eric Pope … to Jefferson Hospital in critical condition.”

Eric died a week later on 23 April as a result of injuries he sustained from being hit and falling to the floor, with police putting out a warrant for the arrest of Kenneth Frye, 24, four days later.

Tributes for Eric, who was widely known within his community for being the youngest person to ever serve on the New Bedford School Committee, have been pouring in since his passing.

“There’s going to be a big void in the world without Eric,” said Kathy Dehner, a close friend of the victim.

“There’s not a person that I know who would say a bad thing about him, and vice versa — Eric never talked ill of anyone. He had nothing but love in his heart,” she added, describing him as “one of the coolest people you would have ever met.”

The community is holding a vigil at 11th and Pine to remember Eric Pope. Police say he died after being punched by a bouncer, identified as Kenneth Frye, at Tabu Lounge.The owner of Tabu says Frye worked for a private security company.Frye is facing 3rd degree murder. @CBSPhilly pic.twitter.com/urJ4SkSXMT

Jon Mitchell, the mayor of New Bedford, said he was “shocked and saddened” by Eric’s death in an emotional Facebook post.

“Eric was first elected to the committee in 2001 and was at the time the youngest person ever so elected. He served until 2010, and distinguished himself as a champion of our city’s school children and an ardent proponent of elevating academic standards,” he stated.

“We are grateful for his public service and commitment to the city. I offer my condolences to his family at this difficult time, and hope that justice will be done in his name.”

Tony Cabral, a member of the Massachusetts House of Representatives, called Eric “a generous and caring friend and dedicated public servant for New Bedford.”

“This is an immense loss for our community, and I’m grateful for the opportunity to know and work with Eric for so many years,” Cabral also said. “He and his family are in my thoughts and prayers, and I hope those responsible for his death are brought to swift justice.”