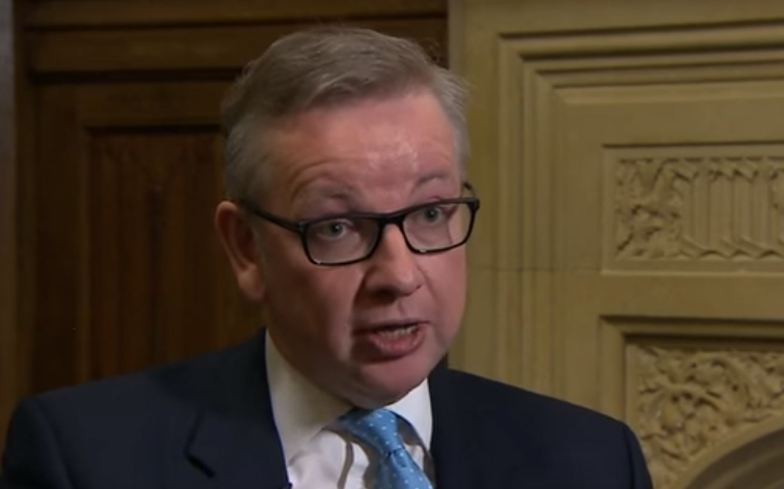 He made the pledge after meeting with activists from Agrespect.

Michael Gove, the Secretary of State for Environment, Food and Rural Affairs, has signalled his support for LGBTQ farmers after pledging to stand against prejudice following a meeting with activists from Agrespect.

The pledge that Gove signed means that he will now “stand against prejudice and support rural LGBTQ+ diversity, inclusion and enablement.”

Following the signing of the pledge, Gove said: “Farming today is an innovative and progressive industry that benefits greatly from being open to all, regardless of their background, gender, religion and sexuality.

“I hope that through the signing of this pledge we can further demonstrate our ongoing support for LGBTQ+ people in our rural communities.”

Related: Michael Gove is getting sued for firing magistrate opposed to same-sex adoption

Helen Woolley, the Country Land and Business Association director general, also signed the pledge and said: “It’s encouraging to see how the world has moved on in recognising LGBTQ+ rights in the last 20 years, but we are not yet as inclusive a society as we need to be, including in our rural communities.”

She then praised Agrespect, a group who wish to raise “positive conversations” about inclusivity in agriculture, saying: “Agrespect has highlighted a really important issue for diversity and inclusion, and by sharing personal stories and experiences they are uniting the rural LGBTQ+ community to change things for the better.”

Agrespect was founded following a Countryfile report which highlighted the mental health struggles that farmers, and in particular LGBTQ farmers, face.

On their website, they say: “There are thousands of LGBTQ+ people in the countryside. We want to unite them, celebrate them and encourage inclusiveness in rural communities.

“We want to promote the countryside as a vibrant, tolerant and welcoming place for everyone irrespective of gender, ethnicity or sexual orientation.”

Speaking about their main aim, the group say: “We want to help LGBTQ+ people and their families to understand that being different is something to be proud of. Being open about your sexuality shouldn’t be a barrier to leading a happy life and a fulfilling career in the countryside.”