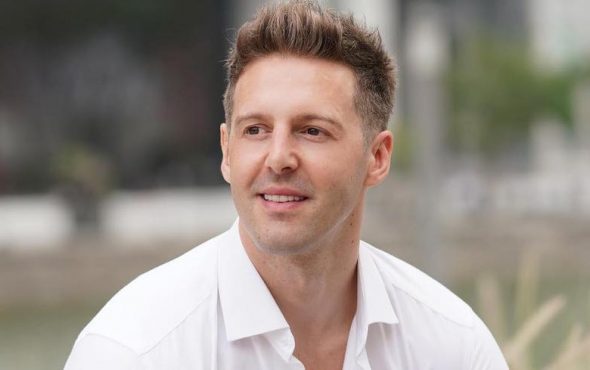 Thomas Beattie has come out as gay.

The former professional English footballer penned a powerful essay for ESPN, in which he detailed the difficulties in being openly gay in a sport that is notorious for their lack of LGBTQ+ inclusivity.

Beattie recalled when his club, Warriors FC in Singapore, won the Asian Champions League in 2015. They subsequently flew to Singapore and explored the island, but Beattie told his teammates that he was going to “do my own thing”.

“I couldn’t lie like this forever. I’m usually super social, but I was becoming antisocial to avoid scenarios that might expose me. This was a pattern that had also taken me all over the world,” he revealed.

“I lay in my bed and stared at the ceiling, feeling like the loneliest lad in the world. Tears welled; a paralyzing flood of emotions engulfed me. My whole body was burning; my arms tingled and my heart raced, like a thousand beats per minute.

“I prayed that I would wake up and this would all disappear although deep down I knew I was praying for the wrong thing. I needed to ask for the strength to accept myself.”

Five years later, Beattie said he’s “never been more comfortable” with who he is and is ready to reveal his true self to the world: “My name is Thomas Beattie. I’m a brother, son, friend, former professional footballer, entrepreneur and annoyingly competitive lad. I’m a lot of things, and one of them is gay.”

“I felt as if I couldn’t be a footballer and accept who I was. Everything around me suggested these two worlds were pure enemies, and I had to sacrifice one in order to survive. It doesn’t feel that way in other industries,” he continued.

“In music, we love Freddie Mercury and Elton John. It’s accepted in film. Tim Cook, the CEO of Apple, is gay and these things are all OK. But in football, there’s still fear a gay teammate might disrupt the team environment.

“Sometimes it’s brushed away, like homophobia isn’t an issue in football anymore. Obviously that’s not true if there are so few examples young kids can look to as role models.”

Beattie admitted to hearing “gay slurs fly around in changing rooms and on the pitch,” but doesn’t think his teammates had bad intentions: “I don’t think many people who say those things mean them to be what they are. They’re just repeating things.”

He urged those in the world of football to be “compassionate” and asked them to search inside of themselves and ask the following question: “What is it you truly believe about diversity, inequality, and social injustice?”

“Be conscious of the environment you are creating and try to decipher whether it is conducive for all groups of people to feel included. Do not fear the day where a gay athlete is wearing the badge on your shirt.

“Fear the prolonged period of time where there isn’t. After all, we could be missing out on the next Lionel Messi, who may just happen to be gay. I hope in time these things no longer have to be spoken about.

“I realize to get to that point, there is a lot of work that still needs to be done. But I would love to be part of that conversation, and have a seat at the table.”

You can read Thomas Beattie’s full coming out post for ESPN here.