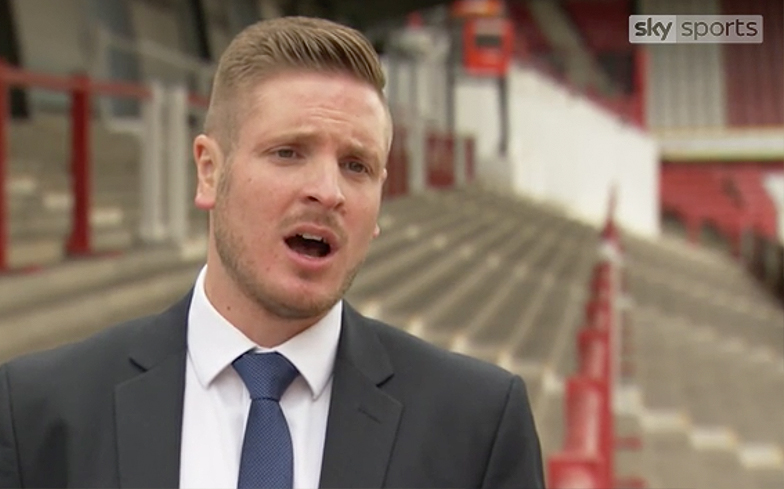 In an interview with The Daily Telegraph, Ryan Atkin has spoken about how he feels that most people within football would welcome an LGBTQ player coming out, and how being true to his own sexuality has improved his refereeing.

He said: “It has helped me to be who I am, and I think that’s reflected by the observations that I’ve had where I’ve received greater praise in the assessments from the bodies.

He added: “I’m giving my whole self to something rather than 98 per cent – and that two per cent can make a massive difference, especially in sport.”

Speaking about the possibility of an LGBTQ footballer coming out, Ryan shared some worries, saying: “Not only are you playing for a team where you’re potentially going to get abuse because you’ve missed a goal or you’re not playing as well as you could be, you could then throw in ethnicity, religion, sexuality, and do you really want that?”

But speaking optimistically, he added: “But we are also in a place now where if an individual chose to come out, he would probably get the biggest amount of support not only from fans, but from the media, and from football itself.

“Yes, you’re going to get the odd troll, but I think we get that in all walks of life.”

And adding when he thinks it might happen, he said: “Personally, I think it’s going to be somebody who’s currently in the academies where they do lots of work around diversity. That person may already be comfortable but is waiting to see where they end up.”

Ryan also spoke about his activism for LGBTQ recognition in sport, sharing his disappointment at the lack of role models in football. “Football does need individuals to step up,” he said.

Speaking about the levels of homophobia at football grounds, he added: “There is a lot of data that is missing around diversity and inclusion. This needs to come from the leagues, it’s got to come from the people at the top wanting to drive equality.”

He continued, saying: “It could be just pockets of people – and I think that is the case, it is pockets – but pockets of people breed contempt, they breed the notion that it’s comfortable within numbers to do it. It does need to be dealt with.

“Racism, homophobia, they all need to be removed from the game and treated all under the same title which is discrimination. Football needs to decide on its values, and what behaviours it will allow from individuals.”

However, Ryan was unsure about over how campaigns surrounding homophobia were being conducting. He said he believed that a “season-wide campaign” focusing on LGBTQ education for those convicted would be more beneficial over outright bans.