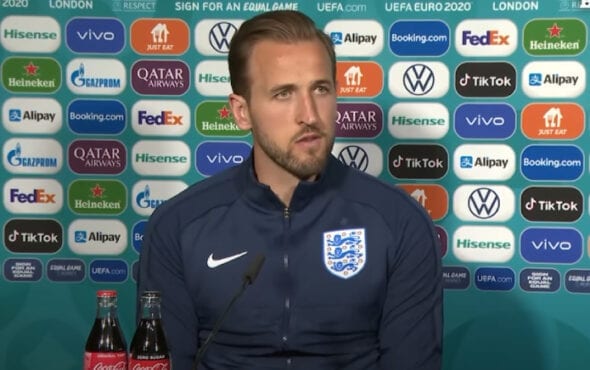 Harry Kane will wear a rainbow armband for England and Germany’s match on 29 June.

According to a statement from the official Twitter account of the England team, the Tottenham striker will join Germany’s Manuel Neuer in wearing a rainbow captain’s armband for the game at Wembley Stadium to “mark the end of Pride Month, as the Three Lions stand in allyship with LGBTQ+ communities around the world”.

“Neuer and Germany themselves have been big on promoting that,” said Kane. “Obviously Neuer has been wearing the armband so I guess from our point of view it is a show of solidarity with the German national team from all of us at the England national team to be united in trying to kick out all inequalities there are.

“We’re on a huge platform on a big stage so it is obviously a great opportunity to do so.”

Neuer has worn the armband in every single Germany match in June to commemorate Pride Month. The Germany goalkeeper first wore the armband against Latvia on 7 June and then during the country’s three group matches against France, Portugal and Hungary.

UEFA (Union of European Football Associations) subsequently launched an investigation into Neuer’s use of the armband for potentially ‘breaching’ their rules regarding on-field political statements. At the time, DFB press officer Jens Grittner said “the regulations state that the armband officially provided by UEFA must be worn”.

She continued: “June is also a year of ‘Pride’ in sport to stand up for more diversity. This year the DFB is participating with various campaigns.

“Manuel Neuer has been wearing the rainbow armband since the friendly against Latvia on June 7 as a symbol and clear commitment of the entire team to diversity, openness and tolerance and against hatred and exclusion. The message is: we are colourful!”

Following their investigation, Germany’s football team wrote on social media: “UEFA have today shared with the DFB that they have stopped the review of the rainbow captain’s armband worn by @Manuel_Neuer. In a letter, the armband has been assessed as a team symbol for diversity and thus for a ‘good cause.’”

The UEFA added: “UEFA looked into the armband worn by the player in question and, considering that it was promoting a good cause, i.e. diversity, the team will not face disciplinary proceedings.” 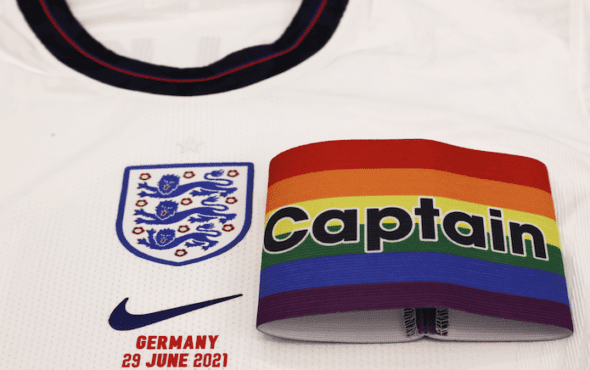 Last week, the UEFA blocked a request from Mayor of Munich Dieter Reiter and Munich’s city council for the Allianz Arena to be lit in rainbow colours for the Germany v Hungary game as a statement against Hungary’s new anti-LGBTQ+ laws.

In response, fans launched a campaign outside the stadium to get throngs of supporters to wear rainbow colours. The effort was led by Christopher Street Day, which is an annual European LGBTQ+ celebration and demonstration held in various cities across Europe.

During the Hungarian anthem, one spectator – sporting a German shirt – ran onto the pitch while holding the rainbow flag.

The UEFA caused even more controversy when Dutch media claimed security prevented fans on Sunday (27 June) from bringing in rainbow-coloured symbols into the grounds of the fan zone in the Hungarian capital.

They denied the allegations, tweeting: “Contrary to some reports in Dutch media, UEFA would like to clarify that it has not banned any rainbow-colored symbols from the fan zone in Budapest, which is under the responsibility of the local authorities.

“UEFA would very much welcome any such symbol into the fan zone. UEFA today informed the Hungarian Football Federation that rainbow-colored symbols are not political and in line with UEFA’s #EqualGame campaign, which fights against all discrimination, including against the LGBTQI+ community, such flags will be allowed into the stadium.”