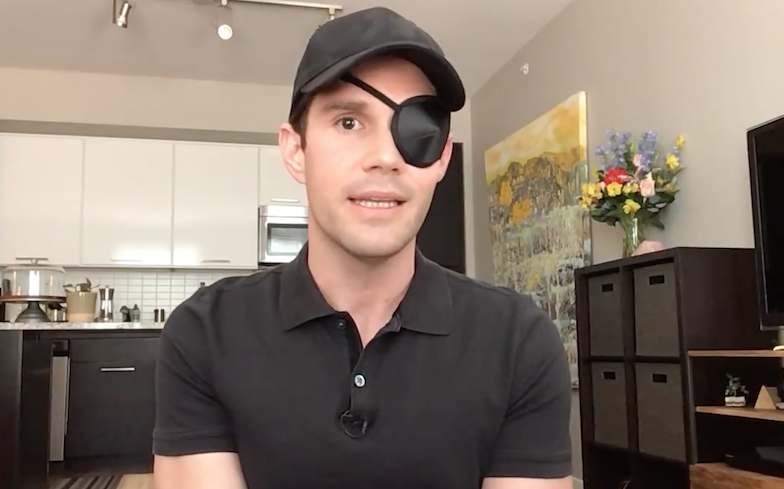 Matt Belanger could face permanent damage in his eye.

On 12 May, the news anchor – from 5 Eyewitness News in Minneapolis, Minnesota – was at a light-rail station on his way to work when he was struck in the eye, according to the Hennepin County Attorney’s office.

“A man from close range threw something at my face. It had enough force to cause some damage to my left eye. And that’s why I’m wearing the eye patch here, to protect my eye as it heals,” Belanger said in a video posted to Facebook.

Vennie Jerome Williams, 39, was charged on 15 May with third-degree assault and harassment. In custody, Williams reportedly “made statements indicating that he assaulted [the anchor] because he perceived that [he] was homosexual.”

As a result of the attack, Belanger is at risk of permanently losing vision in his left eye and medical complications for “many years to come.” He has been advised to stay home and recover, and to avoid strenuous activities.

The Emmy-winning anchor said: “The impact to my eye did cause some internal bleeding that needs to heal before I’m going to be able to go back to work. I expect to make a full recovery but I need to listen to doctors, stay home and take it easy.”

He also said he was “deeply grateful” for the outpour of love and support he’s received from Minnesota and online.

If Williams is charged with third-degree assault causing substantial bodily harm, as well as harassment with intent to injure, he faces up to 10 years in prison and a $10,000 fine. His lawyer, Christoper Champagne, refused to comment.