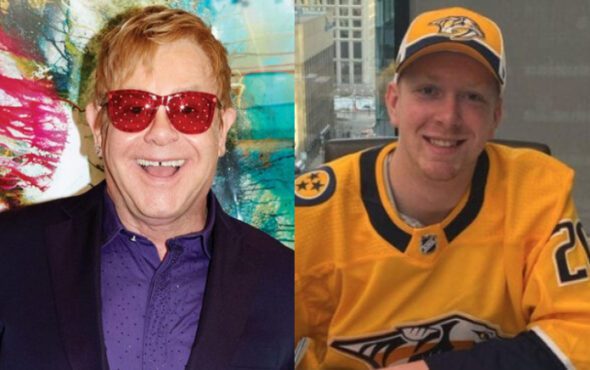 The young athlete opened up about the once in a lifetime moment during an interview with NHL.com, stating: “It was really cool for someone to do that kind of really outside of the hockey world.

“To see someone that big, that famous, who has a humungous impact on the LGBTQ+ community to reach out and phone me and thank me for being brave and coming out and being able to help kids going through what I went through, and allowing them to have someone to look up to, in a sense. He thanked me for that,” he revealed.

Prokop went to say that he had a “ really good conversation” with the Rocket Man singer.

“He congratulated me, just asked me how the day was, how the support was, and then he thanked me for being brave and coming out. It was a really cool conversation,” he said.

“I don’t think I’ll ever truly understand how cool that was and how important that was that he called me.”

But the 19-year-old hockey player wasn’t the only person to be surprised by John’s call.

Shortly after finishing his catch up with the singer, the young athlete was met with an exuberant reaction from his mother.

“I was like ‘Mom, you’ll never guess who phoned me. Mom, it was Elton John,’” he explained. “She started screaming, like, ‘What? She almost started breaking down. She was probably more excited for me than I was for myself to get that call.” 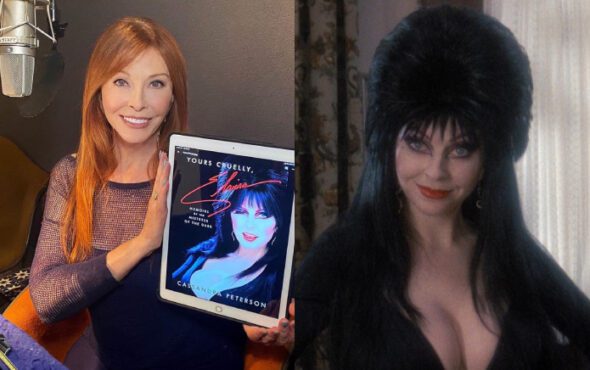 Back in July, Prokop made headlines when he came out as a gay in a heartfelt letter to his social media channels.

“While the past year and a half has been crazy, it has also given me the chance to find my true self. I am not longer scared to hide who I am. Today I am proud to publicly tell everyone that I am gay,” he began.

“It has been quite the journey to get to this point in my life, but I could not be happier with my decision to come out. From a young age, I have dreamed of being an NHL player, and I believe that living my authentic life will allow me to bring my whole self to the rink and improve my chances of fulfilling my dreams.”

Since coming out, he has become the first active NHL player to identify as part of the LGBTQ+ community.

Prokop, who is from Edmonton, Alberta, is currently a prospect for the Nashville Predators.

The Canadian athlete has joined Raider’s defensive end, Carl Nassib, as two of the first openly gay players in their respective sports.

Back in June, Nassib uploaded his own Instagram post, where he told his followers he was gay.

“I just wanted to take a quick moment to say that I’m gay. I’ve been meaning to do this for a while now but I finally feel comfortable enough to get it off my chest,” he said.