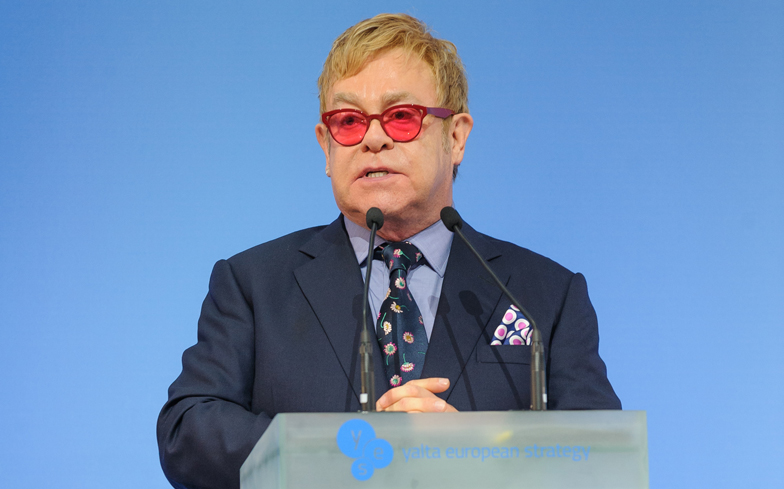 Since introducing the ‘gay propaganda’ law back in 2013, attitudes towards LGBTQ people in Russia have been dangerously hostile.

Just last year, Russian authorities seemingly did little to stop Chechnya’s anti-gay purge, where hundreds of gay and bi men were detained and tortured in modern day concentration camps in the republic.

Russian president Vladimir Putin then went on television to say that it was his duty to prevent same-sex marriage from ever entering into law in his country.

However, Elton John has now revealed that he has met with Russian ministers to discuss LGBTQ rights in the country in a bid to help the persecuted communities who live there.

“We met with the Russian health minister in Moscow in December, and it is all about taking just a little step at a time,” Elton told the New York Daily News.

“I am just a pop star, but I have a foundation and he is a president — and one of the most powerful presidents in the world.

“[Putin] phoned me up and I know they want dialogue, but it is one foot at a time.”

It comes after Elton was tricked by Russian comedians pretending to be Putin on a telephone call back in 2015. The Russian leader quickly phoned up the British singer shortly after to apologise for their actions, opening up a dialogue that can hopefully one day help LGBTQ people in the country.

Back in January, Russian gay couple Eugene Wojciehowski and Pavel Stotsko were forced to flee their apartment after exploiting a loophole which meant their same-sex marriage was briefly recognised in their home country.

The pair got married in Copenhagen, Denmark on 4 January, before returning to their home together in Moscow weeks later.

However, after Pavel posted the news on social media, it was picked up by the mainstream news and Russian authorities were quick to state that the marriage stamps had no legal validity.

Russian authorities then surrounded their apartment and cut off the electricity, preventing friends and acquaintances from coming to support them.

The Russian LGBT Network also reported that police had told the couple that they could not guarantee their safety.