Ellen Page says director Brett Ratner “outed” her to the cast and crew of X-Men: The Last Stand 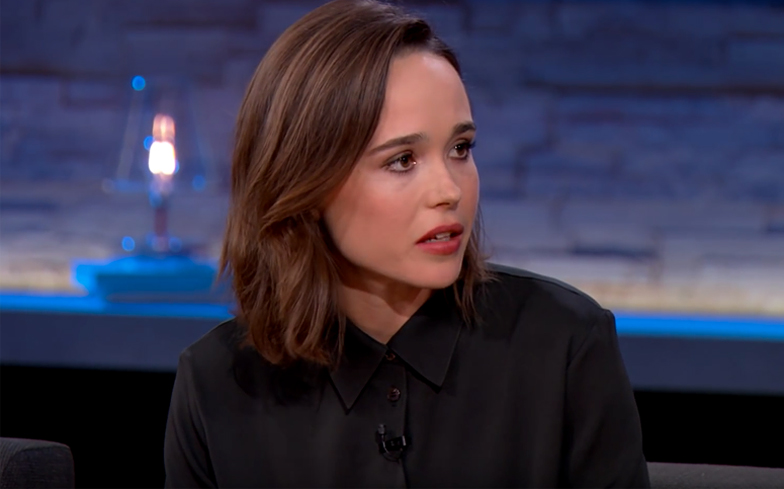 The Juno star says another woman was urged by Ratner to have sex with her to “make her realize she’s gay.”

American actor Ellen Page has accused film director Brett Ratner of “homophobic and abuse behaviour” during their time on the set of the 2006 blockbuster, X-Men: The Last Stand.

In a brave and lengthy post on Facebook, Page claimed Ratner encouraged another woman – in front of the entire cast and crew – to “fuck her to realize she’s gay”.

“He said this about me during a cast and crew “meet and greet” before we began filming, X Men: The Last Stand. I was eighteen years old.”

She continued: “I was a young adult who had not yet come out to myself. I knew I was gay, but did not know, so to speak. I felt violated when this happened. I looked down at my feet, didn’t say a word and watched as no one else did either.

Related: Transgender individuals are being pushed to the back of the ‘needs’ list.

“This man, who had cast me in the film, started our months of filming at a work event with this horrific, unchallenged plea. He “outed” me with no regard for my well-being, an act we all recognize as homophobic.”

True Blood actress and X-Men co-star, Anna Paquin, supported Page on Twitter: “I was there when that comment was made. I stand with you @ellenpage.”

Page – who didn’t come out publicly until 2014 – said the disgusting remark had a long-term effect on her: “This public, aggressive outing left me with long standing feelings of shame, one of the most destructive results of homophobia. Making someone feel ashamed of who they are is a cruel manipulation, designed to oppress and repress.

I was there when that comment was made. I stand with you .@EllenPage https://t.co/DEIvKDXeEL

“I was robbed of more than autonomy over my ability to define myself. Ratner’s comment replayed in my mind many times over the years as I encountered homophobia and coped with feelings of reluctance and uncertainty about the industry and my future in it.

“The difference is that I can now assert myself and use my voice to to fight back against the insidious queer and transphobic attitude in Hollywood and beyond.”

Six women so far have revealed Ratner sexually harassed them, with X-Men: Apocalypse star Olivia Munn claiming he masturbated in front of her as she delivered him a meal.

The 48-year-old director is the latest Hollywood male to be accused of sexual misconduct/assault, following allegations made against movie producer Harvey Weinstein.

Related: Kevin Spacey comes out as gay to address allegations of ‘sexual advance’ on a minor.

“I want to see these men have to face what they have done. I want them to not have power anymore,” Page said. “I want them to sit and think about who they are without their lawyers, their millions, their fancy cars, houses upon houses, their “playboy” status and swagger.

“What are we afraid to say and why can’t we say it? Women, particularly the most marginalized, are silenced, while powerful abusers can scream as loudly as they want, lie as much as they want and continue to profit through it all.

“Don’t allow yourselves to be numb to the voices of victims coming forward. Don’t stop demanding our civil rights. I am grateful to anyone and everyone who speaks out against abuse and trauma they have suffered. You are breaking the silence. You are revolution.”