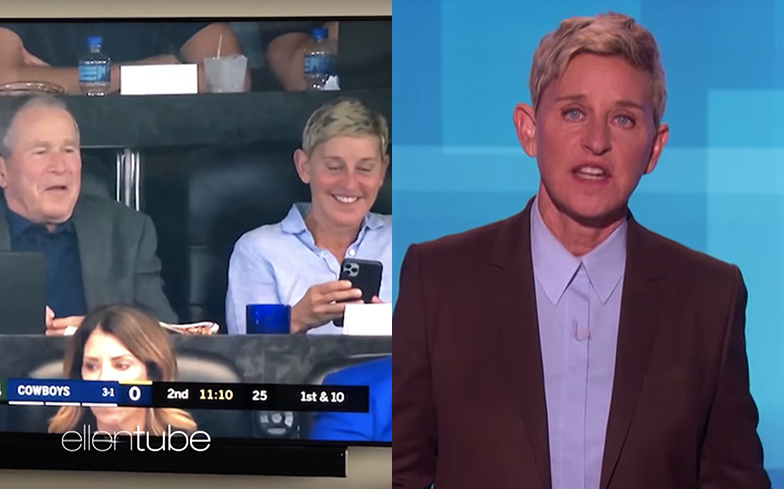 Earlier this week, the television host was pictured with the controversial politician at a football game, sparking backlash from fans on social media because of the anti-gay policies he implemented during his presidency.

She addressed the criticism on the latest episode of The Ellen DeGeneres Show, telling the audience: “When we were invited, I was aware that we were going to be surrounded by many other people from different views and beliefs.

“During the game they showed a shot of George and me laughing together and people were upset. They thought, ‘Why is a gay Hollywood liberal sitting next to a conservative Republican president?’”

The star then showed the audience a photo of her and Bush from the game.

“Just because I don’t agree with someone on everything doesn’t mean I’m not going to be friends with them. When I say, ‘Be kind to one another,’ I don’t only mean only the people who think the same way that you do. I mean be kind to everyone.”

In response to the negative reaction online, Ellen said people “did what people do when they’re mad, they tweet”.

She then thanked Charlotte and Jerry Jones, George and Laura Bush for a “Sunday afternoon that was so fun” and added that they owe her “six dollars for the nachos.”