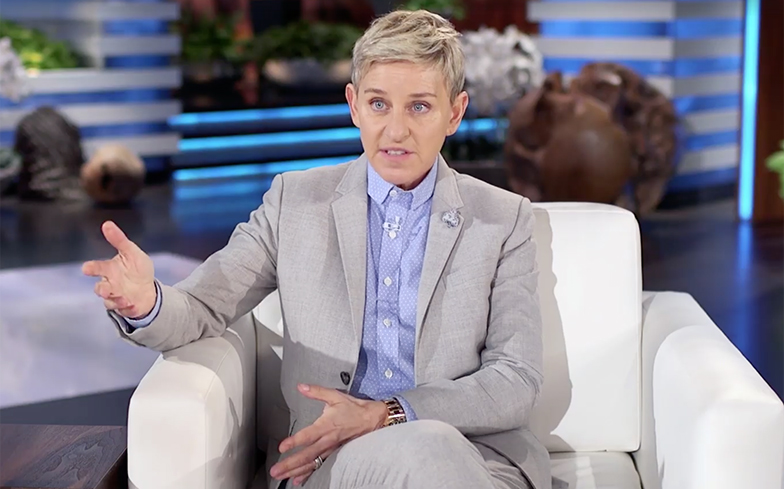 Last month, Bermuda made history for all of the wrong reasons when it became the first country to repeal the legalisation of same-sex marriages – it has since been announced that the repeal will take place on the same day of Eurovision.

At the time, Walton Brown, the Minister of Home Affairs, said the ruling aimed to balance opposition to same-sex marriage with European court rulings, ensuring recognition and protection for same sex-couples on the socially conservative island.

“The Domestic Partnership Act permits any couple (heterosexual or homosexual) to enter into a domestic partnership and gives same-sex couples rights equivalent to those enjoyed by heterosexual married couples; rights that were not guaranteed before the passage of this Act,” he said.

When Ellen DeGeneres found out, she was furious, tweeting out: “Bermuda just banned marriage equality. I guess I’m canceling my trip. Anybody else?”

Many followers shared her views, with some saying: “I WILL NOT TRAVEL TO BERMUDA,” and another said: “Cancelled! Not rebooking. I think we r starting something.”

However, some worried that Ellen’s calls to boycott the island wasn’t the right way to go. In response to one tweet calling for a boycott, someone wrote: “Not all Bermuda feels this way!” Another person wrote: “Cancelling and boycotting our island hurts everyone in Bermuda, including the LGBTQ COMMUNITY! Come visit and meet the many locals in support of LGBTQ equality.”

But even though the country has repealed same-sex marriages, it’s still eager to cash in on LGBTQ tourism. In a speech last week, Jamahl Simmons, the Minister of Economic Development and Tourism, said: “I [have] spent a great deal of time in the Bermuda Tourism Authority (BTA) New York office getting up-to-speed with the public relations and social media teams, particularly as it relates to the international media coverage of the Domestic Partnership Act.

“Over the past several months my Ministry has been working with the BTA to formulate the proper response that ensures travel consumers know Bermuda is a destination welcoming to everyone – including the LGBT community.”

Simmons later added in parliament: “I think that the message that we will continue to push is that Bermuda is welcome to all.”