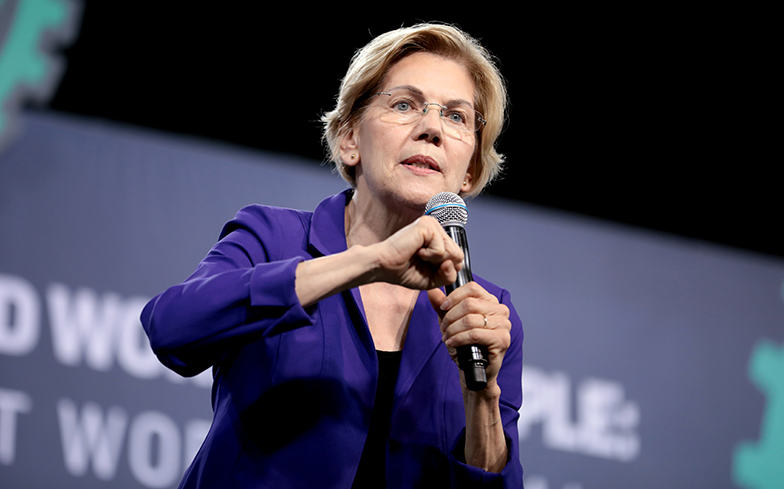 The candidate continues to prove that she’s a trans ally.

Elizabeth Warren, who is seeking the Democratic nomination to be their presidential candidate, has pledged that if she becomes president, she will read aloud the names of transgender women who were murdered in the United States.

During the PBS NewsHour/POLITICO Democratic debate, the presidential hopefuls were asked by the moderator how they would address the epidemic of violence against transgender people.

Answering the question, Warren responded by saying: “The transgender community has been marginalised in every way possible. One thing that the President of the United States can do is lift up their potential, lift up their voices, lift up their lives.

“Here is a promise I make. I will go to the Rose Garden once every year to read the names of transgender women, of people of colour, who have been killed in the past year.”

She added: “I will make sure that we read their names so that as a nation we are forced to address the particular vulnerability on homelessness.

“I would change the rules now that put people in prison based on their birth sex identification rather than their current identification.

“I will do everything I can to make sure that we are an America that leaves no one behind.”

At the LGBTQ Presidential Forum, held in Iowa earlier this year, Elizabeth Warren did read aloud the names of trans women of colour who had been murdered.

After reading their names, she said: “It is time for a President of the United States of America to say their names.”

21 individuals have been killed this year, 20 of which have been trans women of colour.

Elizabeth Warren has also pledged to remove President Tr*mp’s discriminatory ban on trans people serving in the military, if she is elected as president.

“The only thing that should matter when it comes to allowing military personnel to serve is whether or not they can handle the job,” she makes clear in a plan called the Keeping Our Promises to Our Service Members, Veterans, and Military Families.

Warren will also provide “all medically necessary care related to the health of transgender people” including surgery.